The Hudson Valley radio dial may offer more choices soon, as the Federal Communications Commission (FCC) has approved new low-power FM (LPFM) stations in Palenville, Albany, Woodstock, Pawling, and other towns. Low-power FM is a 100-watts-or-less broadcast license authorized for non-commercial educational broadcasting that can cover a city or town. It was first created in 2001, after a decade of challenges on the air, in courts, and in Congress. WBCR-LP in Great Barrington emerged from that first LPFM opportunity, and a second application window for non-profit groups to apply for frequencies intended for community use opened last fall. Now these applicants must raise money, organize volunteers, and build studios to get on the air. 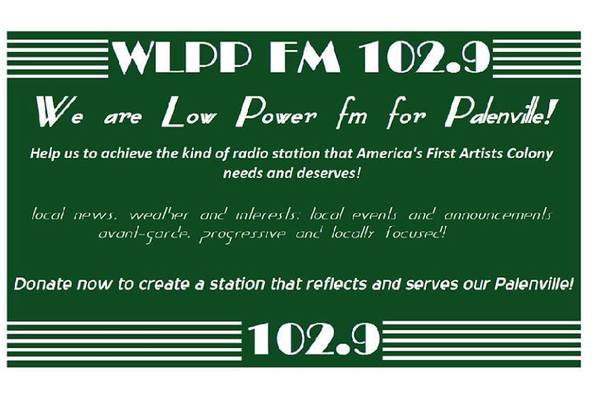 This winter the FCC granted a construction permit to WLPP-LP (102.9-FM) in Palenville, where the Maetreum of Cybele, Magna Mater, Inc., a pagan-oriented non-profit, now has until Jan. 27, 2017 to get on the air. The group claims their new signal will cover Catskill, Saugerties, and into Columbia County, and is advertising locally for folks to help them. (Click here or here to hear WGXC interviews with the Rev. Mother Cathryn Platine from the Maetreum of Cybele, about WLPP-LP from March 19, 2014 and Nov. 23, 2013)

In Athens, local listeners may or may not hear a new station from the jazz-oriented group Planet Arts. The New York City- and Catskill-based non-profit mistakenly filed two LPFM applications for Athens for the Nov. 2013 FCC deadline. One, to use the public's 96.7-FM frequency, was dismissed by the FCC, and another, at 93.9-FM, is labeled, "applied for," while similar applications without competition have been approved. (Click here to listen to a WGXC interview with Thomas Bellino from Planet Arts from Nov. 23, 2013.)

From Grand Street Community Arts Facebook page.[/caption]In Albany, the Grand Street Community Arts, Inc. non-profit, which has run a community center for several years, located at 68 Grand St. near the Capitol, will broadcast at 107.1-FM. Online, they are calling themselves WSER-LP, South End Radio, although those call letters are not yet officially registered with the FCC as of March 21. The group is hosting a volunteer meeting March 22 from 5 to 8 p.m. A representative of the group will call in to the WGXC "Saturday Afternoon Show" before the meeting begins. They have until Feb. 21, 2017 to get on the air.

In Troy five groups have applied for LPFM stations. The Sanctuary for Independent Media; Troy Bike Rescue; Green Education and Legal Fund; Oakwood Community Center; and Tap, Inc. all have applications pending for 92.7-FM. Steve Pierce from The Sanctuary for Independent Media, in a Feb. 1, 2014 interview with WGXC, said the five groups are friendly and will work out a time-share or other arrangements to get on the air. The FCC encourages groups competing for the same frequencies to work out time-sharing arrangements.

In Woodstock, WIOF-LP (104.1-FM) has a construction permit from the FCC. In the 2007 full-power application window the group Birds of a Feather applied to cover a much larger area, but had several competitors, none of which ever got on the air. Now, the group has until Feb. 14, 2017 to begin using this frequency.

In Dutchess County, Pawling Public Radio will occupy 103.7-FM. That group is already up and running with a lively website. It will hold a board meeting at 6:30 p.m. April 17 at 26 E. Main St. in Pawling. The application submitted by a community group in Amenia for 103.7-FM, though, was dismissed by the FCC. In Poughkeepsie, New York Catholic Radio's application for 94.7-FM is unopposed, but has not yet been approved.

Upper Room Ministries of Richmondville applied in Stamford, Delaware County, and will operate WJIJ-LP at 105.9-FM.

In all, New York had 65 applications for low-power stations, most in non-competitive situations. Non-profit groups were able to apply for low-power FM stations on available frequencies from Oct. 17 to Nov. 15.

• Click here to hear a WGXC interview with the Rev. Mother Cathryn Platine from the Maetreum of Cybele, about WLPP-LP from March 19, 2014, by Harry Matthews on "WGXC Afternoon Show." (4:07)

• Click here to listen to an interview with Platine from Maetreum about the station Nov. 23, 2013 by Tom Roe on the "Saturday Afternoon Show." PLAY CLIP (4:34)