Listen live; explore the archives; transmit your own audio. 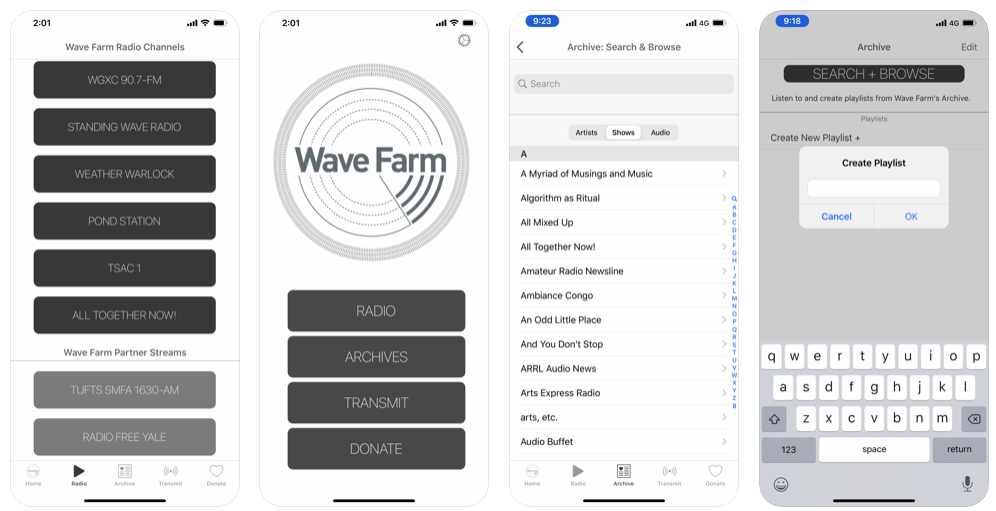 The Wave Farm App 1.0 was programmed by Supercosm, designed by FusionLab, and made possible, in part, by the New York State Council on the Arts with the support of the Office of the Governor and the New York State Legislature. Special thanks to our Android beta testers: Heidi Neilson, Kim Fisher, Tim Light, and Jess Puglisi.