Some of the stories that made the news, May 10 through May 13:

Nathan Mayberg reported in the Register Star Columbia County now has a prison reentry program. The non-profit organization, Reentry Columbia, opened last month and has already seen 10 clients. Reentry Columbia will refer its clients to agencies where they can get help with employment, substance abuse treatment, mental health services and other social services. The program received $25,000 in financial support from the county. It is currently housed in the basement of the First Presbyterian Church in Hudson, but is expected to relocate to space in the county office building located at 401 State St., in June. The program is open for business 9:30 a.m. to 4:30 p.m., Monday through Friday. Read the full story in the Register Star. 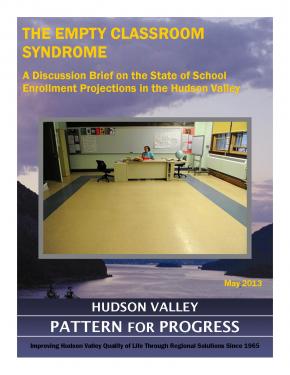 The Mid-Hudson News Network reported student enrollment figures in school districts across the Hudson Valley continue to decline, prompting discussion about closing schools and reorganizing districts, according to a report released Thurs., May 9, by Hudson Valley Pattern for Progress. The report examines future enrollment projections for 114 public school districts, including those located in Columbia and Greene counties. In the overwhelming majority of districts examined, projections show enrollments that are either flat or in decline. Of the declining districts, half are predicted to shrink by 10 percent or more from their peak enrollments during the past 20 years. Read the full Mid-Hudson News story in the Daily Freeman.

Craig Wolf writes in the Poughkeepsie Journal public opposition to the effort of Fortis Inc. to buy CH Energy Group, the parent company of Central Hudson Gas & Electric Corp., has appeared to slow state approval. The Canadian company must now decide whether it wants to sweeten its offer, not for the purchase, but for the public benefit component that is a central issue to be weighed by the state Public Service Commission. The commissioners are scheduled to meet Thurs., May 16, but the Fortis proposal does not appear on the agenda. Public comments continue to be posted at the Commission's Web site, despite the May 1 deadline. Hundreds of messages appear, the most recent published Thurs., May 9. Read the full story in the Poughkeepsie Journal.