Cheddie: Not Rodgers’ neighborhood
John Mason in the Register-Star reports that Hudson First Ward Alderwoman Geeta Cheddie filed a complaint with the Hudson Police Department against Timothy Rodgers and Victor Mendolia for filing false information with the City Clerk’s Office. In applying to be a city commissioner of deeds, Rodgers stated that he lived at 15 Allen St., and Mendolia notarized that statement, Cheddie said. From the story:

Rodgers has been endorsed by the city Democratic Party to run for First Ward alderman; although he has been working in Hudson for two years, he lives in Greene County. Mendolia is the city Democratic Party chairman. Cheddie, who lives in Hudson, was not endorsed by the party. On April 19, Rodgers was nominated to be a commissioner of deeds at the regular meeting of the Common Council. Cheddie abstained from voting on the basis that Rodgers’ listed address of 15 Allen St. was not where he was currently residing. The council voted to amend the appointment resolution to remove Rodgers’ name. Subsequently, according to Cheddie, City Attorney John Connor Jr. was asked to investigate. He sent a letter to Rodgers at the listed address, and the Post Office returned the letter with the envelope marked “Vacant.”

“I believed the information filed with the city clerk was incorrect, and I’d like something to be done about it,” Cheddie said Tuesday to Mason. “I don’t think it’s OK for people to knowingly file false documents with the Common Council and pass law from it." Mendolia is a host of @Issue at 10 a.m. Wednesdays on WGXC, and has told WGXC he has no comment yet on this story, and that he may be arraigned today. He did not get back to Mason in time for his story, so Cheddie gets the last word here: “The commissioner of deeds is a serious responsibility,” she said. “I am a commissioner of deeds. You witness signatures. You swear to tell the truth, that the person standing before you is who they say they are and that they live at that address." Read the entire story in the Register-Star.

Safety panel approves 3 bridge jobs
Jim Planck in The Daily Mail reports the Public Safety Committee of the Greene County Legislature approved three bridge construction projects Monday May 9. Legislators agreed to replace the Caniff Road bridge over the Jan de Bakkers Kill, off County Route 41 in Cairo, for $130,444, with Wm. J. Keller & Sons Construction Corp., of Castleton. The same company gets $156,822. for the rehabilitation of the bridge on County Route 12 in Windham that crosses the Batavia Kill just before Route 23 and the repair of the bridge on Scribner Hollow Road over the East Kill, before the road joins County Route 23C in East Jewett. Read the full story in The Daily Mail.

Local State Senators busy
On Tuesday, May 10, S697, sponsored by Sen. Steve Saland (who represents Columbia County in Albany) passed 61-0. The bill would create, "a state trooper highway memorial task force to develop and establish guidelines for recognition of members of the division of state police who have died in the line of duty; such recognition shall be by means of dedicating a portion of the state highway system, or the placement of a memorial plaque or marker along a state highway."... State Senator James L. Seward (R/C/I-Oneonta), who represents Greene County will meet with seniors in Mr. Dave Carlson’s “Participation in Government” class at Coxsackie-Athens High School today, Wed. May 11 at 12:50 p.m. 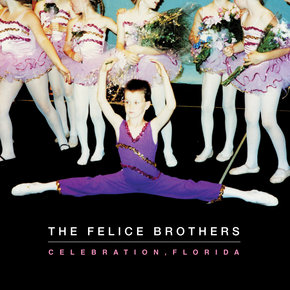 Ian Stewart, the chair of Claverack Historic Preservation Society.
Interview about Historic Hamlet Walk in Claverack Sat. May 14 that begins at 10 a.m. At A.B. Shaw Firehouse in Claverack. Interviewed by Richard Roth and Ann Forbes Cooper.

Kevin Dorn of Jazz 72 interviewed on WGXC Afternoon Show.
Drummer for the band Jazz 72 that is performing in Greenville May 13 through the All Arts Matters arts organization. Interview by Ann Forbes Cooper and Richard Roth.