Stefano Pocci is fondly known at the John Cage T... 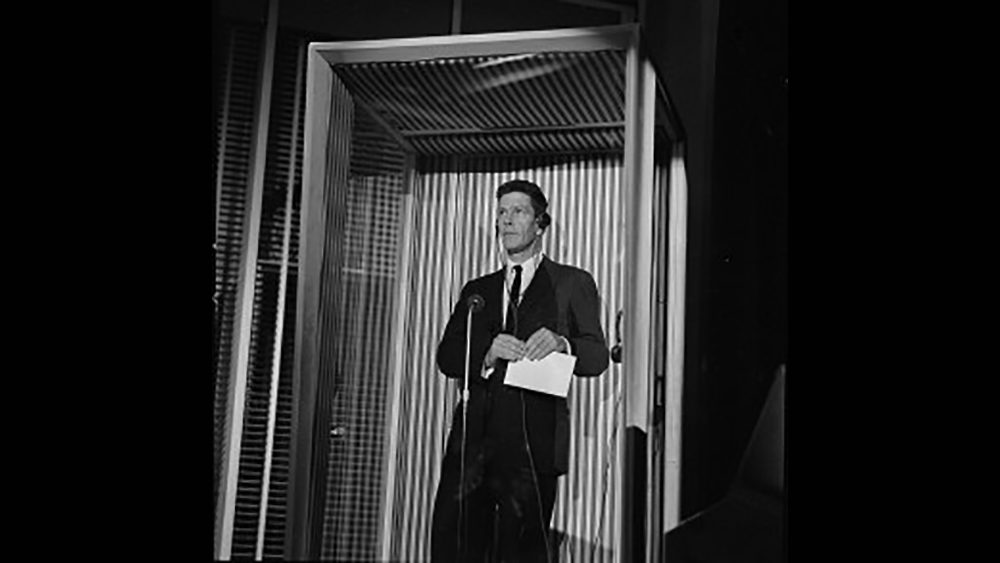 Stefano Pocci is fondly known at the John Cage Trust as our “Italian Correspondent” for his tireless sleuthing into all things having to do with John Cage in Italy. He originally set out to locate the missing footage of Cage’s 1959 appearances on Lascia o Raddoppia? (loosely translated as “Double or Nothing?”), a popular Italian quiz show that aired over Radiotelevisione italiana (RAI) on which Cage made five weekly appearances as a contestant, answering a string of increasingly difficult questions on the subject of mushrooms posed by the show’s host, Mike Bongiorno. Cage was triumphant, winning the grand prize of 5 million Lire (roughly $8,000), which went toward the purchase of a grand piano for his Stony Point home and a Volkswagen bus for the fledgling Merce Cunningham Dance Company.

The same can’t be said for Stefano in terms of finding the missing footage, but his nearly two decades of work has not been in vain. He’s unearthed a wealth of documentary materials, much of which can be found on his amazing website, johncage.it. These relate not only to Cage’s RAI appearances, but his 1959 composition for moving train, Alla Ricerca del Silenzio Perduto (familiarly known as “Il Treno”), and Cage’s work in general at the Studio di Fonologia, where Cage was in residence at the invitation of the composer Luciano Berio (whose wife at the time was American-born Cathy Berberian, a singer who became well known for her performances of Cage’s Aria). For a summary of Stefano’s earliest endeavors, see Kuhn’s Blog at johncage.org, to which he was an invited contributor.