In this broadcast, a different route to exploring... 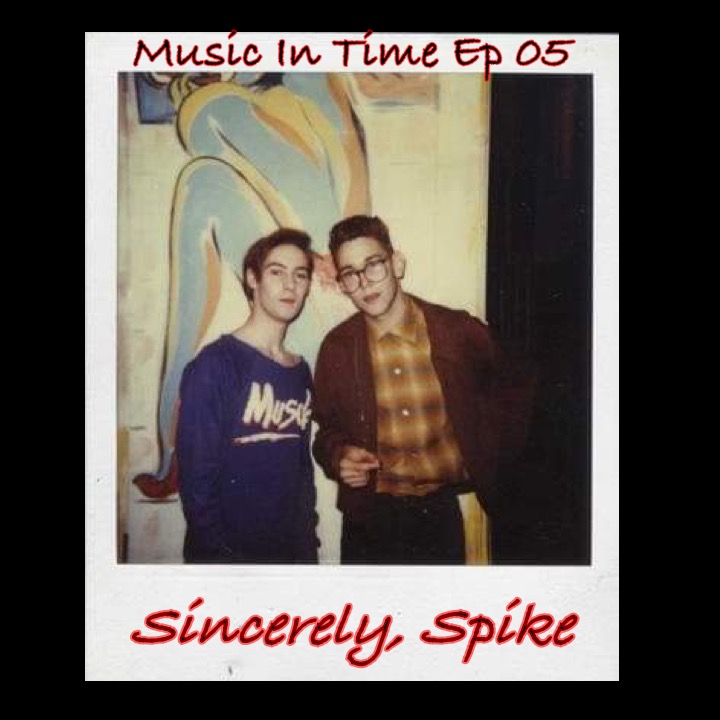 In this broadcast, a different route to exploring the past through music — a route that travels down Main Street in the village of Catskill, and into Spike's Record Rack. Anyone who has been in the Record Rack knows that owner Spike Priggen does not just deal in records and music memorabilia. He is also a font of music history and a great storyteller to boot. Host Evan McCormack sat down with Priggen for a conversation in the aftermath of his store's grand reopening and ribbon-cutting in early September. He talked about a life framed entirely by music, all starting in 1976 when he took a Thursday night job at Cutler's record shop in New Haven, Connecticut. That was the year a three-piece rock outfit from Tulsa, Oklahoma, the Dwight Twilley Band, released their debut album Sincerely, a Priggen favorite and one that forms the basis for this broadcast. From there, Priggen was in the thick of the burgeoning punk and new wave scene in New Haven and he soon found himself in the midst of New York City's underground music culture in the 1980s. As a songwriter, musician, and producer, Priggen's stories brought him into contact with a diverse web of musicians and bands — from Pere Ubu to Nicole Willis and the Jazz Investigators, Miracle Legion to Orange Juice — on his way to opening the record shop in Catskill in 2018. Along with Priggen's story, listeners will be treated to the music of a few of these artists, as well. Do you dig this format? Have feedback or a suggestion? Get in touch on social media at twitter.com/evandmccormick or send an email to feedback@wgxc.org and tell us what you think.

Music does not just exist. It exists in specific times and places, and in the sonic world of each individual listener who engages with it. That’s the basic idea behind "Music in Time," which explores the social and political context in which songs and albums emerge, are listened to, and reflected on over the years. Each broadcast will focus on a single album, detailing the social and political circumstances surrounding its release and moments in time that made certain music resonate anew. How is music shaped by these historical moments, and, in turn, how does it shape the histories that we remember?

By day, Evan McCormick is a historian at Columbia University, where he is part of the Obama Presidency Oral History project, interviewing a range of people — from cabinet members to ordinary folks — about their memories of the Obama years. By night McCormick is a music lover and singer-songwriter, recording under the stage name Egan Caufield. For most of his life these two worlds remained separate, but after relocating to Catskill, in 2020, he chose to bring history and music together over the airwaves, and Music in Time was born.