Performances and commentary by Milford Graves (194... 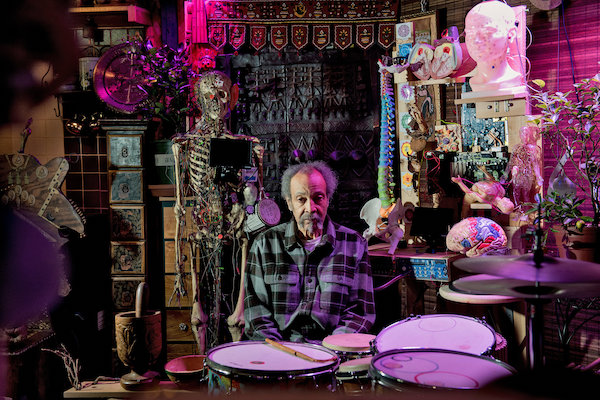 Performances and commentary by Milford Graves (1941-2021), recorded at Roulette in 2012-13 with bassist William Parker and friends. A percussionist, herbalist, martial artist, programmer, professor, and pioneer of free jazz, Graves was a member of the New York Art Quartet, whose iconic first recording in 1964 featured a reading by Amiri Baraka. In 1967, he played at John Coltrane’s funeral. A consummate autodidact with a syncretic approach, in 1972 Graves invented a martial art form called Yara based on the movements of the Praying Mantis, African ritual dance, and Lindy Hop. In 1973 he joined the Black Music Division at Bennington College, where he taught for 40 years. In 2000 he was awarded a Guggenheim Fellowship to study human heart vibrations and better understand music’s healing potential. Plus a bonus track from the 1977 album, Meditation Among Us.