Rural post offices up for a new round of closures

[caption id="" align="alignright" width="200" caption="Rural post offices,, in danger of closing as the USPS tries once more to balance its books, have long been a key to America's sense of community, as seen in this classic Currier & Ives image from 1857."] 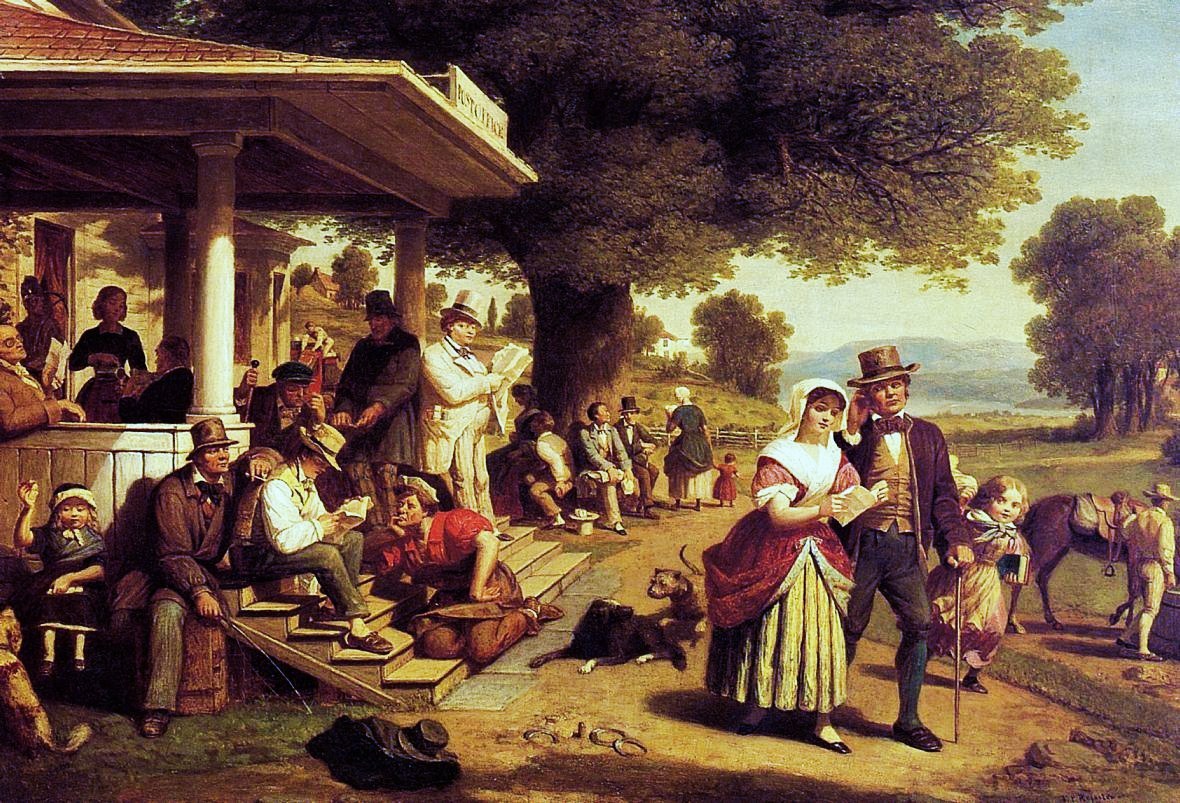 [/caption]The U.S. Postal Service is again looking at the closing down of smaller post offices across the country, according to a story in the Wall Street Journal on January 24, that ends up highlighting the post office's dual role as "an agency that keeps rural areas linked to the rest of the nation, and one that loses a lot of money." Beginning in March, the agency will start the process of closing as many as 2,000 post offices, on top of the 491 it said it would close starting at the end of last year... and hundreds more closed since 2009. In addition, the USPS will be reviewing another 16,000—half of the nation's existing post offices—that are operating at a deficit, and lobbying Congress to allow it to change the law so it can close the most unprofitable among them. The law currently allows the postal service to close post offices only for maintenance problems, lease expirations or other reasons that don't include profitability.


The news is crushing in many remote communities where the post office is often the heart of the town and the closest link to the rest of the country. Shuttering them, critics say, also puts an enormous burden on people, particularly on the elderly, who find it difficult to travel out of town.

The postal service argues that its network of some 32,000 brick-and-mortar post offices, many built in the horse-and-buggy days, is outmoded in an era when people are more mobile, often pay bills online and text or email rather than put pen to paper. It also wants post offices to be profitable to help it overcome record $8.5 billion in losses in fiscal year 2010.


Post office closings occurred in recent years throughout the Albany city area, as well as in rural Delaware County. Sometimes the former community centers slip away quietly, sometimes against community opposition, which has kept a place like Ulster County's Willow P.O. viable for years. "Currently, there are no Post Offices in the Ulster, Columbia or Greene Counties scheduled for closure," said USPS press representative Krista Riemma in a curt comment on the changes on Monday. For the full WSJ story click here.
Upstate New York rural post offices USPS deficit post office closings
Tweets by WGXC