Development plans shaping up for Columbia 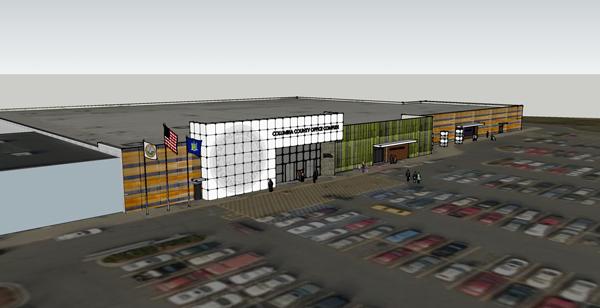 [/caption]Carole Osterink reports on several breaking news development items effecting the entirety of Columbia County in her Gossips of Rivertown blog, following the action at recent meetings of the Columbia County Industrial Development Agency and the Columbia County Capital Resource Corporation. At the former, a huge new hotel and entertainment development, along with a new goat cheese manufacturing concern, were discussed. At the latter, plans for the county's purchase of the old Wal Mart building in Greenport were set in motion.

At the IDA, developer Harbalwant Singh requested a tax abatement for his two phased, two parcel development plan for redeveloping the old V & O Press building on Route 66 in Greenport, which he's calling Greenport Crossing, which the Greenport Planning Board approved a subdivision for late last year. Parcel One, which Singh said will be developed first, will consist of an A & W restaurant with a drive-thru, a twelve-pump gas station, and an "upscale" liquor store. Parcel Two consists of an 80-room Comfort Inn with indoor pool and fitness center, for which a franchise agreement has already been signed, plus a family entertainment center with such modernist amenities as bowling, laser tag, a ropes course, bumper cars, "laser frenzy," a climbing wall, a carousel, and an "upscale games arcade." The IDA is mulling Singh's request, but promising to help with the project's financing, possibly through bonding. Also discussed was an incomplete proposal to open a goat cheese operation in the former Entenmann’s warehouse on Route 9 in Livingston in from Hudson Valley Creamery and Couturier, originally reported by Sam Pratt on his always-fun blog.

As for Wal Mart... Osterink reports that ﻿the Columbia County Capital Resource Corporation (CRC) voted to enter into an agreement to buy the vacant Walmart building on Fariview Avenue in Greenport and "will make a $50,000 refundable deposit to keep the property off the market for 120 days, during which time the CRC will do its due diligence." Meanwhile, Gossips continues, responses to the CRC's RFP for the space needs and programming study are due next week, after which CRC will schedule a special meeting to review the proposals and select an acceptable one by May 1.
Columbia County Greenport Hudson Livingston Wal-Mart Industrial Development Agency Comfort Inn