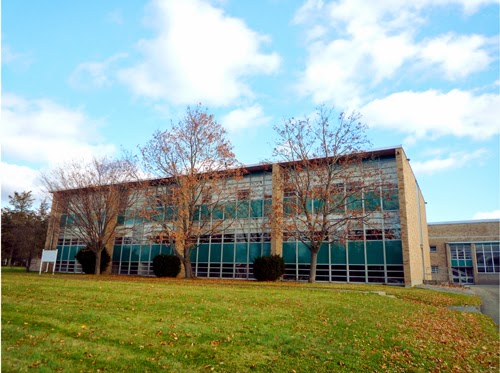 Jim Planck is reporting in The Daily Mail the Catskill Town Board was briefed last week on the proposed re-use of St. Patrick's school as an artists-in-residence facility. The Studios at Catskill, as the project is known, calls for the conversion of the former school campus into a mix of artist residencies, studios, community usage spaces and more. Project sponsors Victor Cornelius and Thomas Judson said the financial feasibility of the project rests on a plan to sell approximately two-thirds of the 10-acre property as a building lot for residential development. Catskill Village Director of Community Development Nancy Richards said Mon., June 9, the project is in the very beginning stage and has not yet been scheduled to come before the village planning board. Concerns have begun to surface from neighbors of the former school, and many are expected to attend a meeting of the village board Wed., June 11 to make those concerns known to village officials. Read the full story in The Daily Mail.
Catskill economic development gentrification Village of Catskill Catskill Town Board St. Patrick's school The Studios at Catskill Victor Cornelius Thomas Judson
Tweets by WGXC