[caption id="" align="alignright" width="200" caption="U.S. Representative Chris Gibson defended his call for more nuclear power in the state in a Times Union editorial this past Sunday."] 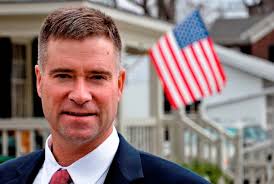 [/caption]Freshman Congressman Chris Gibson has an editorial in this past Sunday's Times Union, "More energy means more nuclear power," in which he countered his arguments for "all of the above" energy development by noting that, "my intent will never be to force a nuclear plant on a community that doesn't want one.” In his piece, Gibson announced that he is forming a bipartisan energy advisory panel to help promote "the comprehensive implementation of wind, solar, hydropower and other renewable energy sources, responsible natural gas and oil exploration, and the significant expansion of nuclear power." The chief reason? To end reliance on foreign oil. "As our economy begins to grow again, we will need a significant amount of new energy. Increased supply also means a lower price -- adding to the bottom-line for consumers and businesses," Gibson continues. "Nuclear energy provides about 20 percent of electricity generation in the United States, the federal agency reports, with 104 operating reactors around the country. In New York, six reactors provide more than 30 percent of our electricity. Our state has the potential to be at the forefront of nuclear power expansion." Gibson lambastes coal as being too dirty and talks up cleaner means of creating nuclear plants these days. Read the full piece here...