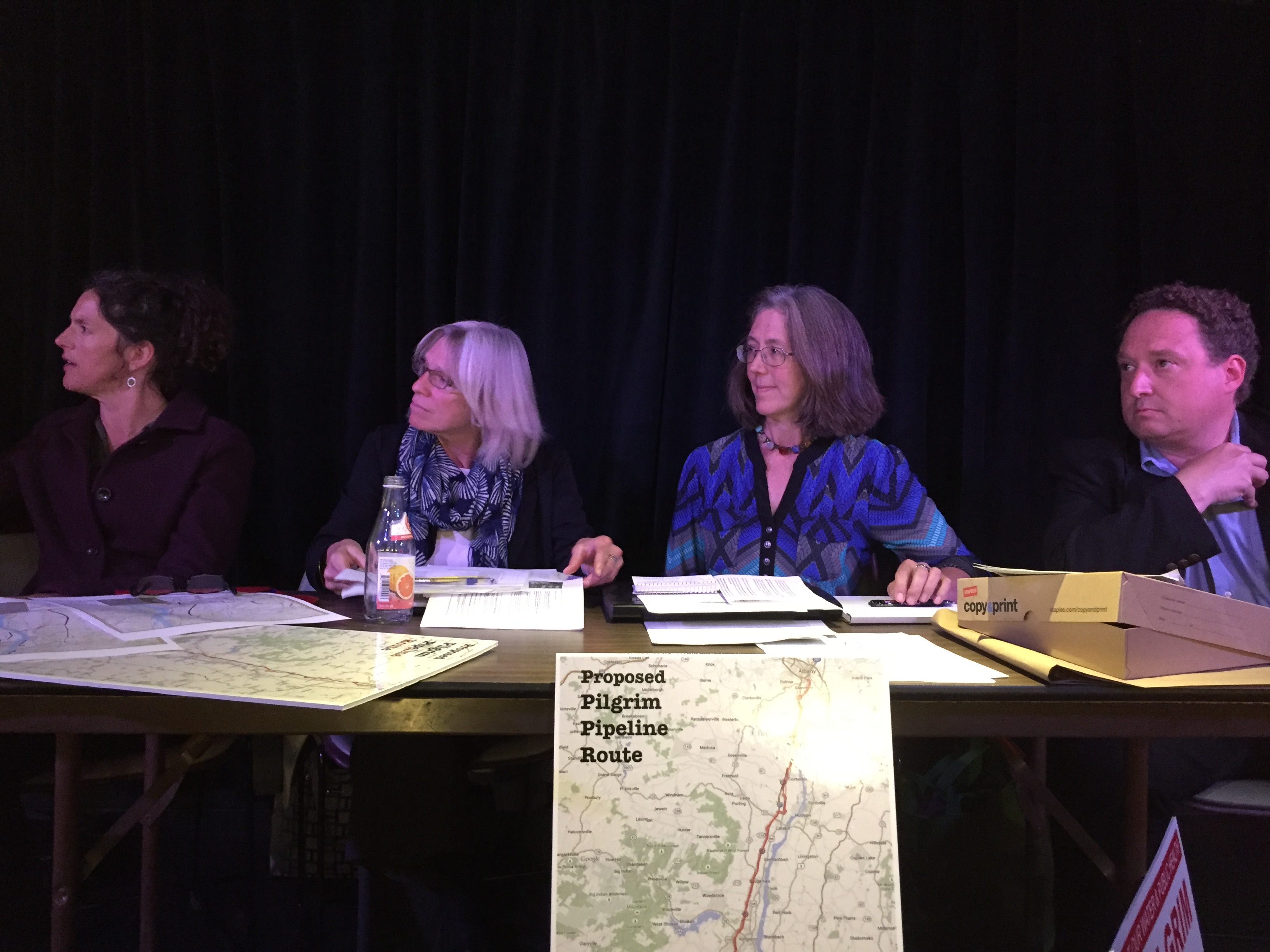 Pilgrim Pipeline community meeting at Bridge Street Theater in Catskill with Jen Metzger of Citizens for Local Power, Kate Hudson of Riverkeeper, Iris Bloom of the Coalition Against Pilgrim Pipeline, and Roger Downs of the Sierra Club. Photo by Tom Roe.[/caption]

About 40 residents gathered to hear opponents of the proposed Pilgrim Pipeline host a community forum at the Bridge Street Theater in Catskill on Oct. 1. Mary Finneran of the Coalition to Stop Pilgrim Pipelines in Greene Co. organized the discussion about the proposed 178-mile Pilgrim Pipeline would move Bakken crude from Albany to Linden, NJ, through Albany, Greene, and Ulster counties, and send refined crude back to Albany, largely along the I-87 corridor. In Greene County, the proposed project veers east of Route 9W west of Sleepy Hollow Lake in Athens, and then back near the interstate around Leeds-Athens Road. After Catskill, the pipeline veers west of the interstate briefly around Cauterskill Road. Panelists at the community forum included Kate Hudson of Riverkeeper, Roger Downs of Sierra Club, Jen Metzger of Citizens for Local Power, and Iris Bloom of the Coalition Against Pilgrim Pipeline, and they discussed possible accidents, emergency response, the number of jobs involved in the project, eminent domain questions, and related topics. A representative from the Pilgrim Pipeline company was at the meeting to observe, and did answer a few minor questions, saying he would be open to speaking at a public forum organized by the Greene County Legislature. That idea came after Catskill politicians spilled out of a nearby candidate's forum and began asking questions at the end of the pipeline presentation. WGXC recorded the entire forum. Click here to download or play the audio from the pipeline forum.
Upstate New York
Tweets by WGXC