Farm fencing a new issue in the region? 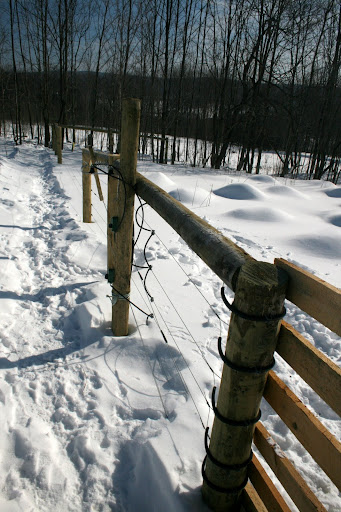 [/caption]Down in the neighboring Dutchess County town of Red Hook, a new review of fence regulations to determine whether amendments are needed to exempt farm use of fencing intended to keep cattle contained and crops safe, augers the sort of zoning and planning changes expected throughout the area as land use changes from an agricultural to a second home and bedroom community demographic. The Daily Freeman has a story this week on a request for such review by increasingly upscale Red Hook's Agriculture and Open Space Committee, which has recommended that recently enacted permit and fee requirements be taken out of zoning laws.


“About eight or 10 years ago the Town Board amended our zoning to address the question of fencing,” the resolutioon read. “This was based upon concerns of the public associated with building of walled fences (which) would obstruct the views. ... So the feeling was the matter of fences should be subject to someone taking a look at them and seeing that they were consistent with the requirements of our zoning law.”

“If I have to come down here every time I want to move an electric fence, I am leaving,” one farmer is quoted saying in the story. “I can’t even believe there would be a permit to put up an electric fence. ... It’s a single strand of wire we move around.”

Town Code Enforcement Officer Steve Cole said state law could be used to determine the type of barriers used for farms. “This goes back to the 1800s when you had rock walls and they were not being cared for,” he said. “There is a whole series of statutes on fences.”