Adam Tendler and John King in “Unavailable Memory: In Conversation with Cunningham & Cage”: 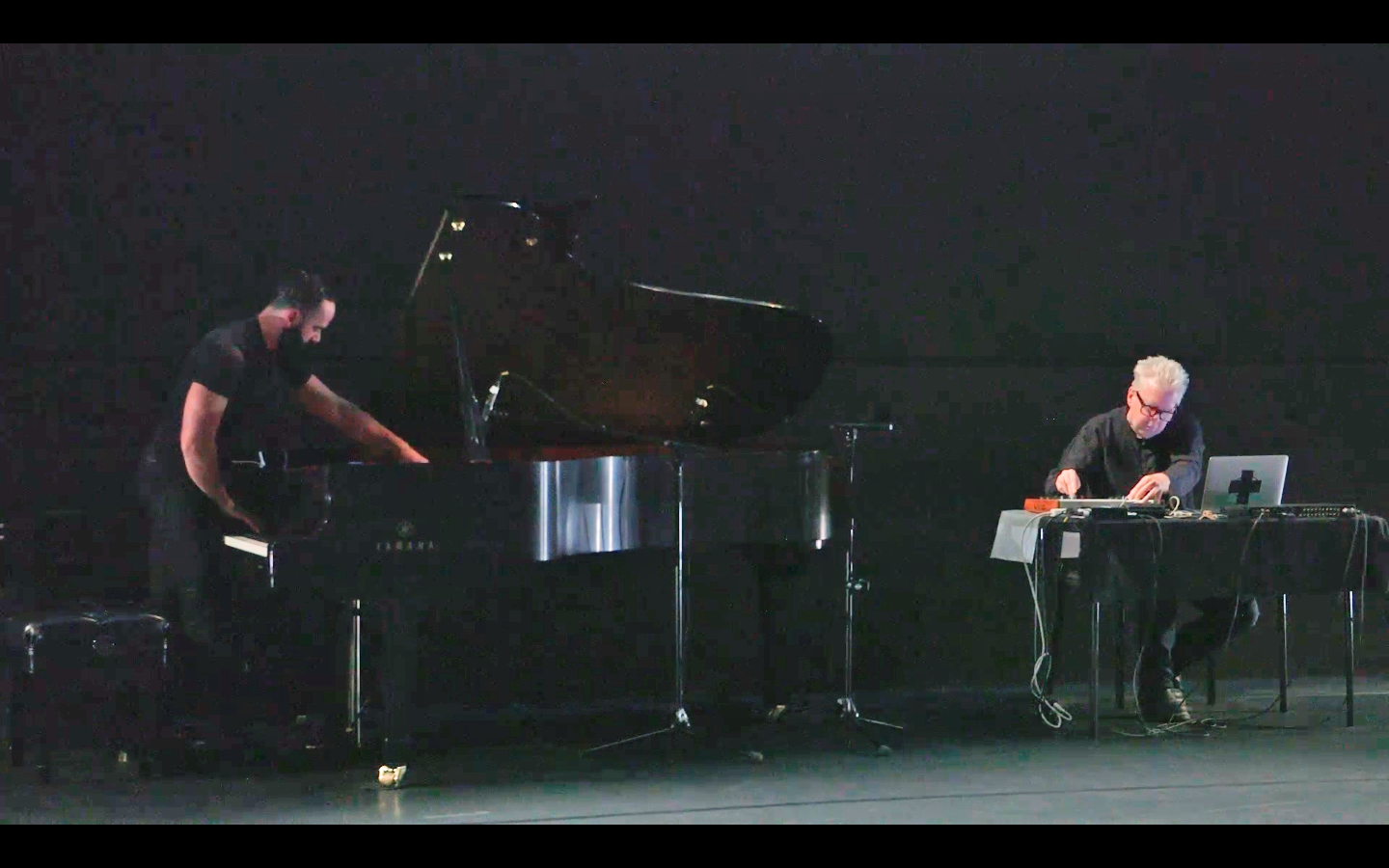 Adam Tendler and John King in “Unavailable Memory: In Conversation with Cunningham & Cage”. Courtesy of the Merce Cunningham Trust.

Laura Kuhn talks with John King and Adam Tendler, two musicians long associated with the work of both Merce Cunningham and John Cage, about their recent collaboration on “Unavailable Memory: In Conversation with Cunningham & Cage,” a marvelous program conceived and curated by Patricia Lent and Tendler for the Baryshnikov Arts Center, Oct. 27-29, 2022. The following notes were provided by Lent, the short version of what turned out to be a complex and extremely interesting program:

Unavailable Memory: In Conversation with Cunningham & Cage is an evening of dance and music presenting two works by Merce Cunningham and six piano compositions by John Cage. Alongside and interwoven with these historic works will be new choreography by four seniors from The Juilliard School, a new trio by Bebe Miller, and new music by John King.

Totem Ancestor (1942), performed by Mac Twining and pianist Adam Tendler, open the program, followed by Loops for Three, a new arrangement of Cunningham’s Loops (1971) for Molissa Fenley, Justin Lynch, and Chaery Moon. Loops for Three will be performed with telemetries³, a new composition by John King. Juilliard’s Matt Johnson, Griffin Massey and Lindsay Phillips will present new solos developed with mentorship by Jean Freebury and Melissa Toogood, and danced to four Cage prepared piano works played by Tendler. These Cage compositions, all dating from the 1940s, were the music for four early Cunningham dances. Little is now known about that early choreography aside from anecdotal accounts and a few images. The evening will close with a new trio for Bebe Miller, Angie Hauser, and Darrell Jones danced to Cage’s Dream.

Unavailable Memory is designed to engage the participants and audience in a multi-faceted conversation between music and dance, youth and maturity, reconstruction and invention.

Click here for the complete program, which provides a complete list of works performed. At the end of tonight’s “All Things Cage” we’ll listen to John Cage’s Dream, the last work heard on the BAC program.