A program of excerpts from several performances by... 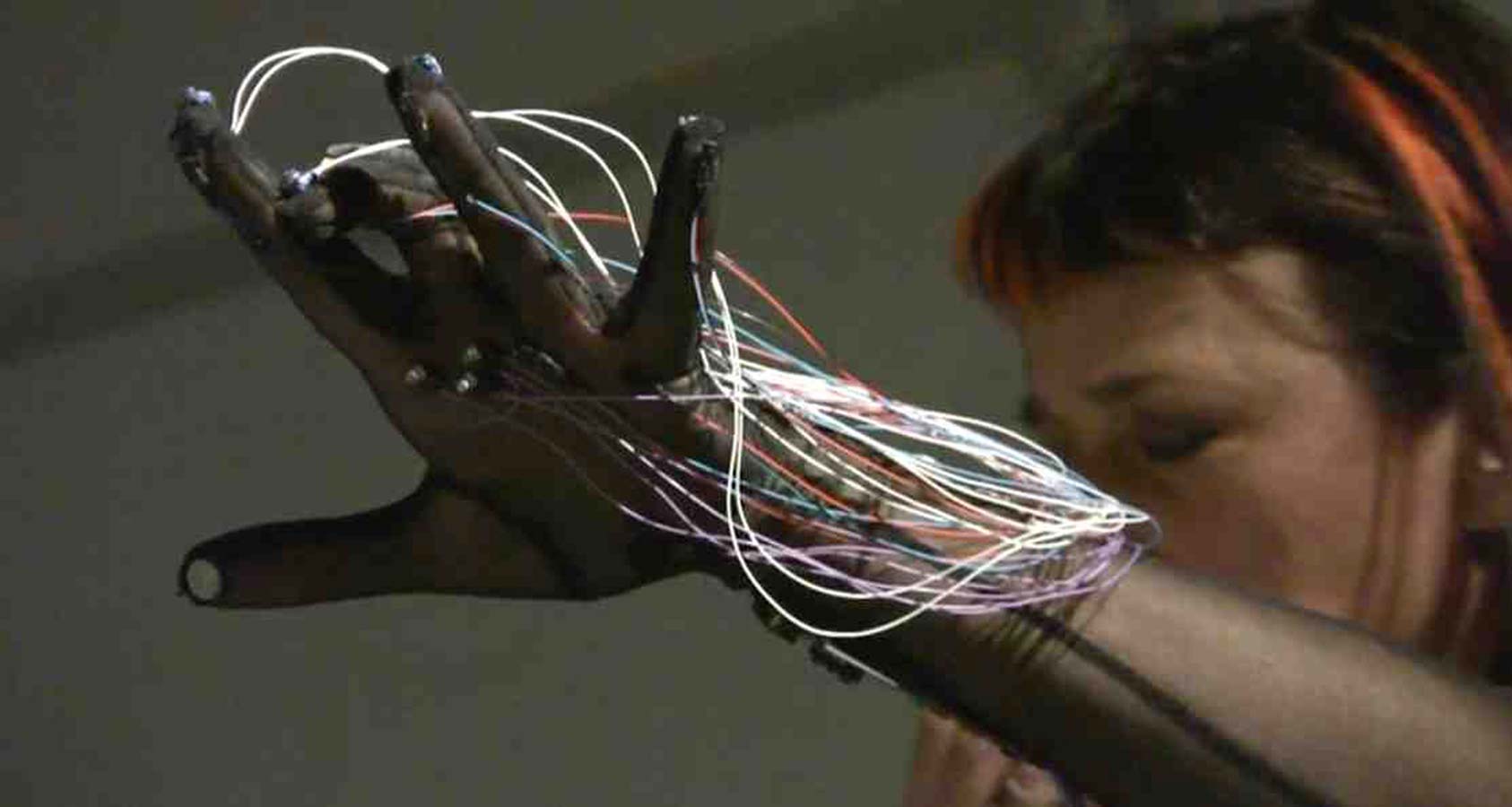 A program of excerpts from several performances by Laetitia Sonami, recorded at Roulette. Sonami’s atmospheric narratives, often anchored to texts by Melody Summer Carnahan or technical manuals, are generated by dynamic, interactive electronic controllers most notably her “Lady’s Glove”, which triggers oscillators, samples, pre-recorded sounds, field recordings, and even mechanical noisemakers through pressure, motion, and proximity sensors that send signals through her computer. Born in France, she settled in the United States in 1975 to pursue her interest in the emerging field of electronic music and studied with Eliane Radigue, Joel Chadabe, Robert Ashley, and David Behrman. This program features a 1999 concert and a duo with James Fei from 2014. Now based in California, Sonami continues to compose and innovate to this day.