Tyshawn Sorey is admired as both an exquisite drum... 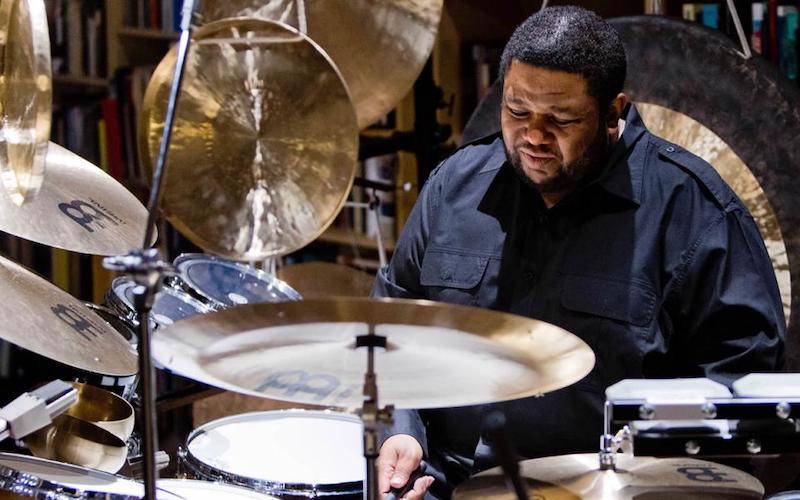 Tyshawn Sorey is admired as both an exquisite drummer and adventurous composer (he didn’t win a MacArthur just for his great groove). He also plays trombone and piano and writes in no genre and every style mixing jazz, classical, 20th Century experimental, open improvisation, stochastic, and with a mindful presence that is entirely unique. In this edition we hear excerpts from two performances, Sorey’s Double Trio with Cory Smythe (piano), Christopher Tordini (bass), Fung Chern Hwei (violin), Kyle Armbrust (viola) from 2015 and his New Quartet with Taylor Ho Bynum (brass), Aaron Stewart (woodwinds), and John Escreet (piano) from 2010.