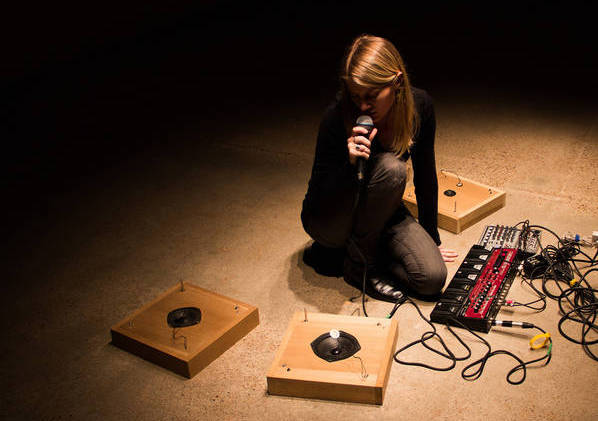 Lesley Flanigan is a New York composer/performer who builds her own instruments using minimal electronics, microphones, and speakers and mixing these with traditional instrumentation that often includes her own voice. Flanigan embraces the transparency and residue of process as well as noise and imperfections. In this episode we hear Flanigan solo, in duos (with master programmer R. Luke Dubois and guitarist James Moore of Dither), and with a vocal quartet, all recorded in concert at Roulette. Trained as a sculptor whose work often utilized found objects, her discovery of circuit-building and homemade oscillators connected to discarded speakers inspired a transition to a career in sound.

Founded in 1978, Roulette operates a 400-seat concert hall on Atlantic Avenue in Brooklyn with a focus on experimental and unorthodox music and performance across all genres and media. Its archive of thousands of audio and video recordings is currently being restored.