A Hannaford for rural Livingston? 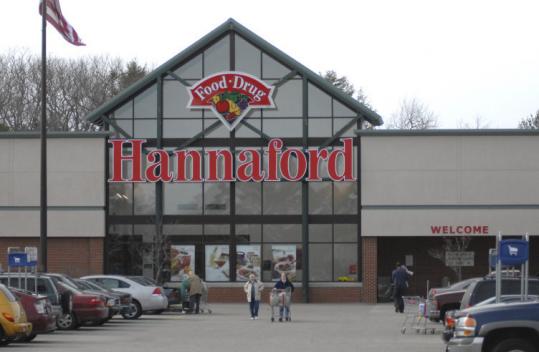 [/caption]Tired of having to drive into the crowded mall strip of Hudson for shopping? Tired, too, of all that untrammeled rural scenery out where Routes 9 and 82 meet in the town of Livingston? The Register Star reports this morning that Hannaford Supermarkets announced Thursday that it plans to build a new supermarket and pharmacy near just that intersection of Route 9 and Route 82 in Livingston (the story does not specify the location exactly). Hannaford spokesperson Matt Paul said the company has submitted plans and applications to the town and is in the process of working with state and local officials for approval. The Maine-based supermarket chain, which currently operates 46 stores in New York and 177 stores throughout the Northeast, also recently announced plans to construct a market in New Lebanon, and another supermarket is planned for Cairo (Price Chopper and Hannaford officials say they are not expanding to Cairo). The Bell's Pond store is planned to be as green as possible, and of course is being touted as a boon to local employment, with approximately 65 retail jobs expected at the new supermarket.

“The site is a good location for us in terms of proximity to other Hannaford stores so we’re better able to serve the population,” Paul told the Register-Star. “We’re not trying to overcrowd, but give people the convenience of being able to shop at Hannaford in that area.”

While Paul said the company does have a size in mind for the proposed Livingston supermarket, he said the company is not prepared to discuss exact dimensions and details until they have been approved by officials.

Livingston Town Supervisor Kevin McDonald said he was happy about the announcement “from a lot of different standpoints,” including the ability to expand the town’s tax base; the company’s commitment to locally grown and produced food through its “Close to Home” program; and the jobs Hannaford will bring to the area.

“They indicated that they like to do a lot of their hiring locally, which is good,” said McDonald.

Paul said approximately 65 associates will staff the store and that Hannaford would certainly look to the local community for qualified employees.

“That would be ideal,” said Paul. “Qualified, of course, is important, too. If there are local people who can do the job, I’m sure we’ll be hiring the people from the Livingston area.”

McDonald said nothing else like Hannaford currently exists in Livingston, and he thinks residents will be pleased to have a grocery store in town.

“I think it would be nice to have a grocery store right here based in the town instead of people having to drive to Hudson or Red Hook to do their grocery shopping,” said McDonald. “I don’t think there’s anything like that in the immediate area ... and I would think some of the surrounding towns would also be using it.”

Paul said in a prepared statement that the new supermarket will feature a full service drive-through pharmacy, a butcher shop, produce and seafood departments, a bakery and a deli.

The company plans to build the supermarket according to Leadership in Energy and Environmental Design (LEED) standards, as it boasts a history of “environmental stewardship and forward-thinking design.” In July 2009, Paul said in a release, Hannaford opened “the world’s most environmentally advanced supermarket” in Maine’s capital city of Augusta, which received a Platinum LEED rating, the U.S. Green Building Council’s highest ranking for ecofriendly buildings. The company opened a store with a Gold LEED rating in Duanesburg, New York, in June of this year.

Paul said he’s unsure what rating the company will strive for with its Livingston location.

“We don’t shoot for (a rating) this early in the process other than saying we would like to achieve some level of LEED certification,” Paul said.

The building will incorporate several green features like energy-efficient lighting, better water efficiency (such as reduced watering in the produce section) and “more efficient and effective refrigeration systems,” including iceless seafood cases which Paul said will save thousands of gallons of fresh water every year.

“We’ll also emphasize recycling cardboard, plastic and other materials in our daily operations — as we do in every Hannaford location — to increase efficiency and reduce environmental impact,” Paul said in a prepared statement.