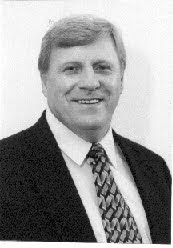 [/caption]Victor Mendolia and Register-Star reporter Francesca Olsen interviewed Hudson Mayor Rick Scalera on this morning's March 16 edition of "@Issue." Scalera, a Democrat, broke the news that he intends to seek the position of Supervisor representing Hudson's 5th Ward on the Columbia County Board of Supervisors. The seat is currently held by Bart Delaney, a Republican, and carries the highest weighted vote in the City of Hudson on the Board. Scalera who is currently serving his seventh (non-consecutive) term as mayor had previously stated that this would be his last term in that position. But this is the first time that he has indicated he intends to become a player on the county level. Scalera has often had a contentious relationship with county leadership, particularly with former Board of Supervisors Chair Art Baer. The Hudson City Democratic Committee has already endorsed Scalera for Fifth Ward Supervisor and will officially be announcing that endorsement and a number of other endorsements at a benefit on March 27th at Club Helsinki. "@Issue" is hosted by Mendolia and Olsen and can be heard Wednesdays at 11 a.m. on WGXC. Click here to listen to a recording of the entire "@Issue" program.