Click here to play or download an audio recording of the entire May 2, 2016 Cairo Town Board Meeting.

The Cairo Town Board tabled a proposed solar moratorium May 2, saying they would tweak a bit of the language in the moratorium before another public hearing. Towns around the area are hurrying to update laws around solar arrays, after state law changed May 1. Solar companies are approaching homeowners about hosting large arrays of solar panels that feed the grid and make them money. Hudson, Catskill, Jefferson in Schoharie County, and all of Delaware County are among the local municipalities that have passed regulations or had discussion about solar rules in the past month, and Greenville holds a special meeting on the issue May 16. The Public Hearing on the issue was largely a back and forth between first, current supervisor Dan Benoit, and former town supervisor John Coyne. Benoit opened by framing the reasons for the 12-month moratorium. (Instead of reading quote, play this sound recording of the quote.) "It's the town board's understanding that there are a lot of companies called escos that are going around looking for places they can put these solar farms on private property," Benoit explained at the public hearing's outset. "When the town did its zoning it did not address these private solar farms and there are a lot of fly-by-night companies that are running around and causing problems with a lot of people, tying up their property in very onerous leases." So the Town of Cairo, which runs its own solar farm, was deciding what's best for its citizens. That did not go down well with former town supervisor John Coyne, who has researched plans to put a solar array on his property. (Instead of reading quote, play this sound recording of the quote.) "How can the town implement a moratorium if there's not an increase in, I'll say, 'demand,' on the building department. I understand where you are coming from. We don't want this to become a big issue and have it out of control, but on the other hand is it fair to people who have done their homework, have chosen a reputable dealer, and want to move forward." After more back-and-forth, the town tabled the issue for later, with Benoit promising another Public Hearing. 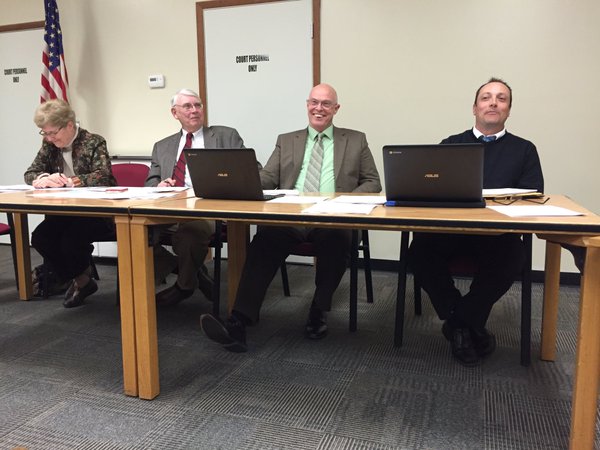