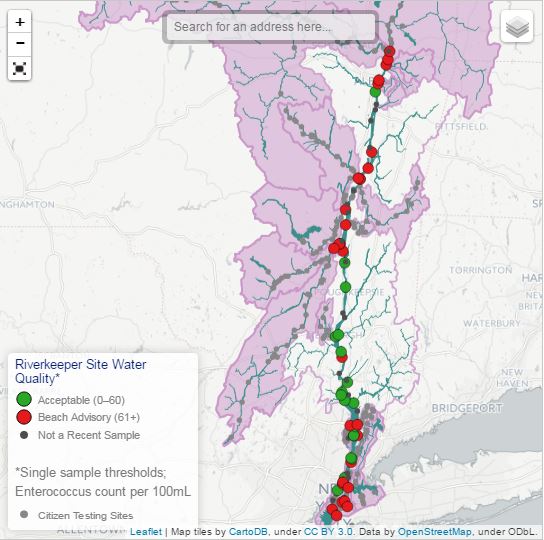 Here are some stories from the Hudson River this week. Click here to hear an audio version of this report.

• John Ferro reports in the Poughkeepsie Journal the Sloop Clearwater boat while reprise Pete Seeger's 1970 sail to Washington D.C. this spring. In 1970, the folk singer sailed the Sloop Clearwater to the first Earth Day observance. "We were all full of great expectations that with this movement — as with other movements in the '60s — stuff would happen," Jim Ostergard, 76, the sloop's 29-year-old captain in 1970, said in a telephone interview April 19 from his home in Appleton, Maine. The nonprofit Hudson River Sloop Clearwater Inc. announced April 19 it would sail its boat to Washington this summer, with, "a cargo of concerns." Clearwater's interim executive director Dave Conover, said the group hopes, "to bring a strong message of support for clean water policy and sound science for environmental policy-making."

• The activist group Riverkeeper reports its first Hudson River Estuary water quality data of the season. An April patrol of the Hudson River showed many locations failing to meet federal standards for safe swimming. The rain-related contamination of sewage or other fecal contamination contrasts strongly with our sampling from 2016, when dry weather contributed to very good water quality at the time. Riverkeeper noted contamination at the U.S. Military Academy at West Point. Riverkeeper has sampled the upwelling believed to result from the discharge from the treatment plant there for nearly 10 years, and this was one of only two occasions when results exceeded the detection limit of 2,420 Entero cells per 100 mL. Riverkeeper reported those alarming results to the Department of Environmental Conservation.

• Mid-Hudson News reports that 256 of the 832 bolts that keep the inner plates of the reactor core from coming apart in unit 3 of the Indian Point nuclear plant were impaired. A year ago 227 of 832 baffle bolts on the unit 2 reactor core were reported missing or impaired. The state has since announced a plan to permanently shut down units 2 and 3 in 2020 and 2021. The unit 3 plant has been offline for weeks for a scheduled refueling.