Kyle Hughes reported in the Daily Freeman Republican state Assemblyman George Amedore has raised four times as much money as Democrat Cecilia Tkaczyk (pronounced: KAT-chik) in the race for New York’s 46th Senate District seat. Amedore reported more than half a million in donations received; Tkaczyk has collected $133,000 in contributions. Amedore has out-spent his opponent nearly four to one, since July. Amedore has received financial support from the business community, including the owners of Price Chopper supermarkets and Marini Builders, Time Warner Cable and former U.S. Sen. Alfonse D'Amato. Tkaczyk's donors include state Sen. Gustavo Rivera and Emily's List. The 46th Senate District comprises parts of Ulster, Schenectady and Albany counties, and all of Montgomery and Greene counties. Read the full story in the Daily Freeman. 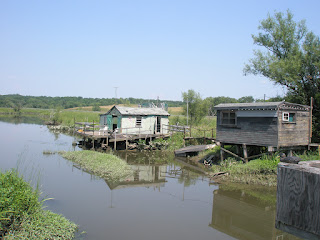 Tom Casey reported in the Register Star Hudson Mayor William Hallenbeck Jr. is urging the Common Council to quickly decide what it intends to do with the city-owned North Bay property once home to the North Dock Tin Boat Association. In a letter to the Council, Hallenbeck site the liability associated with the city's ownership of the parcel, along with a string of recent break-ins as the reason to expedite the decision-making process. The Columbia Land Conservancy's plan for a park in the area is expected to be discussed at the Oct. 18 meeting of the Council's Economic Development Committee. Read the full story in the Register Star.

The Hudson, Chatham and Coxsackie-Athens school districts received qualifying scores for funding under the Strengthening Teacher and Leader Efectiveness program, the state Education Department announced last week. However, the funding will not flow to those districts yet. Not until all three have a teacher evaluation plans completed and approved by state education officials. The grants in question are intended to support school districts in their efforts to recruit, develop and retain effective teachers and school leaders. All school districts must have a state-approved evaluation plan in place no later than Jan. 13, 2013, or risk the loss of funding. Read the full story at unmuffled.

Karrie Allen reported in the Register Star 1,300 acres of land in New Lebanon and Canaan are at risk of going unprotected, if funding for the Mount Lebanon Forest Legacy Project is cut by federal officials. The endangered acreage surrounds the Mount Lebanon Shaker Society National Historic Landmark and the adjacent Shaker Swamp. The mountain range and swamp have been identified by the state as a significant biodiversity area. If funding falls through, development is a significant possibiilty because the properties are highly desirable locations for weekend, or second-home development, a spokesman for the Columbia Land Conservancy told the paper. Read the full story in the Register Star.

Billy Shannon reported in the Register Star the Columbia County Sheriff's Office has confirmed Kyle Pember, the Massachusetts man who disappeared during a hike near Bash Bish Falls in Copake last week, will not face criminal charges. The police said Pember, 28, intentionally stayed in the woods for 36 hours while dozens of responders searched the area. The man was eventually located after he used his cell phone to call Columbia County 911. The cost of the rescue effort is still unknown and it is unknown if Columbia County will take legal action against Pember to recoup those costs anytime in the near future. Read the full story in the Register Star.