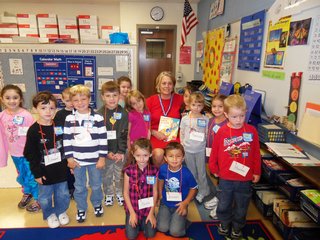 New York State Education Commissioner John B. King Jr. Thurs., Aug. 30, identified 70 districts, as Focus Districts, under the state's new accountability designations. Three school districts in Columbia and Greene counties were named to the list: Catskill Central, Cairo-Durham Central and Hudson City. NYSED also released a list of Reward Schools, schools that made the most progress or that have the highest rate of achievement in the state. The 400-student, K-12 Windham-Ashland-Jewett Central School in northern Greene County was the lone twin counties representative on that list. Focus Districts were identified as a result of their low performance and lack of progress in English Language Arts and math combined, or due to low graduation rates for one or more specific groups of students. Read the full story at unmuffled.

Nathan Mayberg reported in the Register Star the Columbia County Department of Social Services Building Renovation Committee has developed a four-page punch list of repairs and renovations for the building housing the department, located at 25 Railroad Ave. in Hudson. Among the concerns: Lack of privacy for clients and security for staff. The committee hopes to install a new phone system, replace fixtures, countertops and stalls in the bathrooms, expand the parking lot and pedestrian walkways and possibly add a metal detector and security cameras. No word on what the renovations will cost. Read the full story in the Register Star.

Ariel Zanga reported in the Daily Freeman Greene County lawmakers are still considering a proposed local law to establish reporting and filing requirements for dealers in second-hand goods and precious metals, according to Legislator William Lawrence. The Cairo Republican told the paper the Legislature will clean up the wording of the proposed law before the measure is put to a vote by the end of the year. Lawmakers met with resistance from those who own or work in second-hand businesses, including antique dealers, during a public hearing held in July. Speakers complained a requirement to obtain a license and bond was costly, and the reporting mandated by the law were time-consuming and difficult to fulfill. Lawrence said the new law was drafted at the request of the Greene County Sheriff's Office and the NY State Police. Read the full story in the Daily Freeman.
Columbia County Greene County schools education Greene County Legislature accountability Hudson City School District William Lawrence Catskill Central School District 25 Railroad Ave. Cairo-Durham Central School District NYSED Windham-Ashland-Jewett Central School Columbia County Department of Social Services Building Renovation Committee