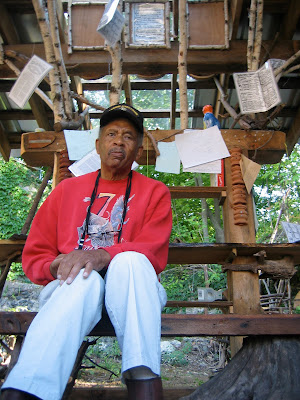 Charles Swain at the Catamount Museum in Catskill, 2010.
(Courtesy bobcathouse.blogspot.com)[/caption]

Kyle Adams is reporting in The Daily Mail long-time Greene County Minorities Historian Charles B. Swain has died. Swain, 73, passed away Sun., Dec. 22, from complications following a stroke. He served Greene County for nearly 40 years. Swain is remembered as a passionate historian who worked hard to shine light on the contributions of minorities countywide. The Catskill native was appointed to the position in 1975, the first minorities historian in New York state. Swain was a 26-year veteran of the United States Marine Corps, and worked in the New York State Department of Corrections and the National Parks Service. Funeral arrangements will be announced by Millspaugh Camerato Funeral Home in Catskill. Read the full story in The Daily Mail.