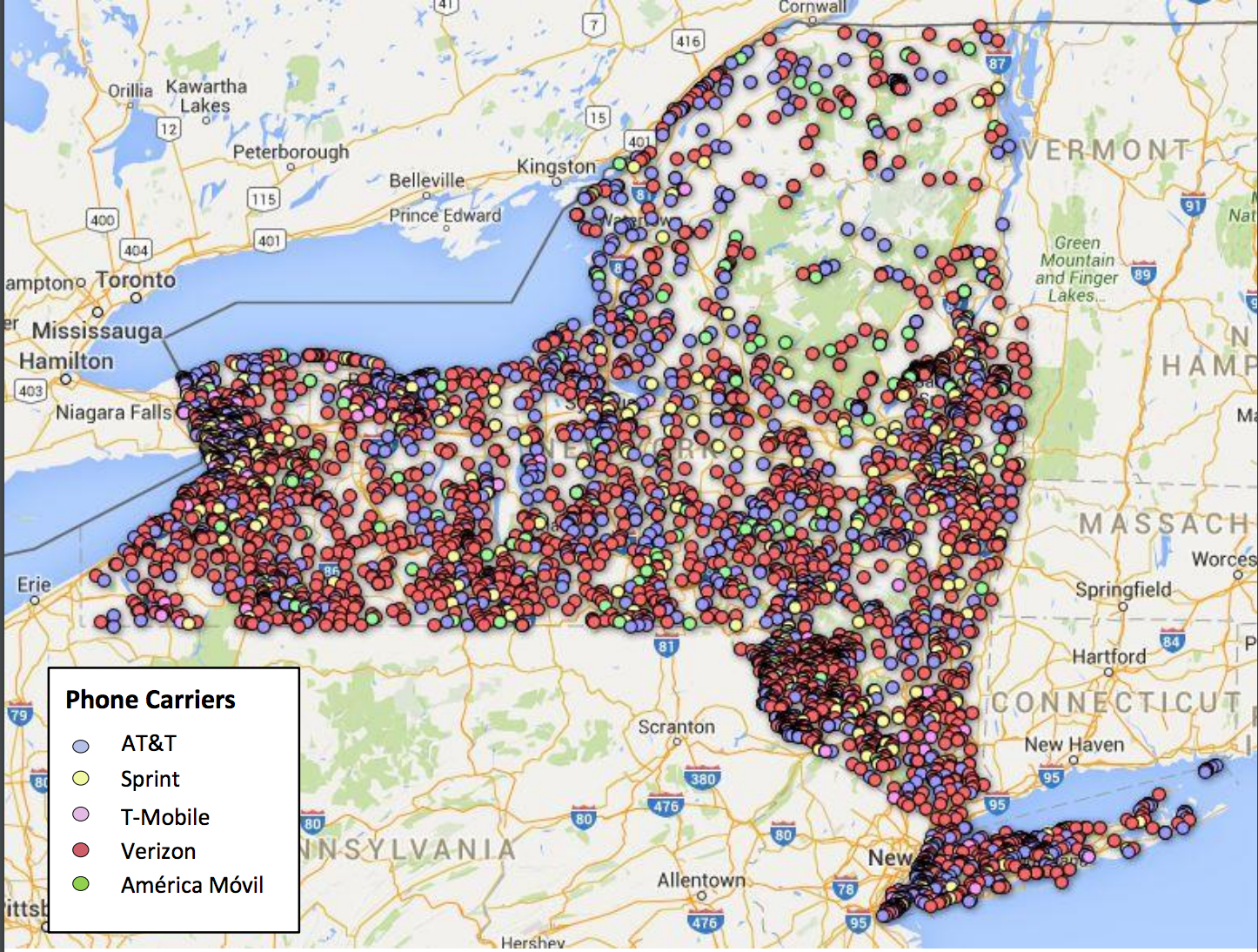 Mark Weiner reports at Syracuse.com that U.S. Sen. Charles Schumer's office has a list of 4,366 wireless dead zones in New York State. A Schumer crowdsourcing campaign created a map of where there is not wireless cell phone coverage in the state. The Hudson Valley led with the most dead spots in the unscientific survey, followed by the Southern Tier, Western New York, and the Capital Region. Schumer, known for using an old flip phone instead of a smart phone, said, "When it comes to cell service across Upstate New York, these dead zones are proof carriers need to, quite frankly, raise the bar.... The entire Upstate New York area should not be home to over 4,000 dead zones." Read the full story at Syracuse.com.
Tweets by WGXC