Audio Feature: This week in news for Representative John Faso

Click here to listen to WGXC's Congressional report, a look back at the week in news for Rep. John Faso (R-Kinderhook).

Matthew Hamilton is reporting at Capitol Confidential U.S. Rep. John Faso has reported a cash balance of $269,000 in his campaign account, as of the first quarter of 2017. According to his filings with the Federal Election Commission, Faso raised more than $276,000 and spent nearly $110,000 between January and March 31. Among Faso's biggest financial supporters: state Republican Party Chairman Ed Cox, investors Paul Singer and Daniel Senor and Stewart's Shops Chairman William Drake. Read the full story at Capitol Confidential, a Times Union blog. 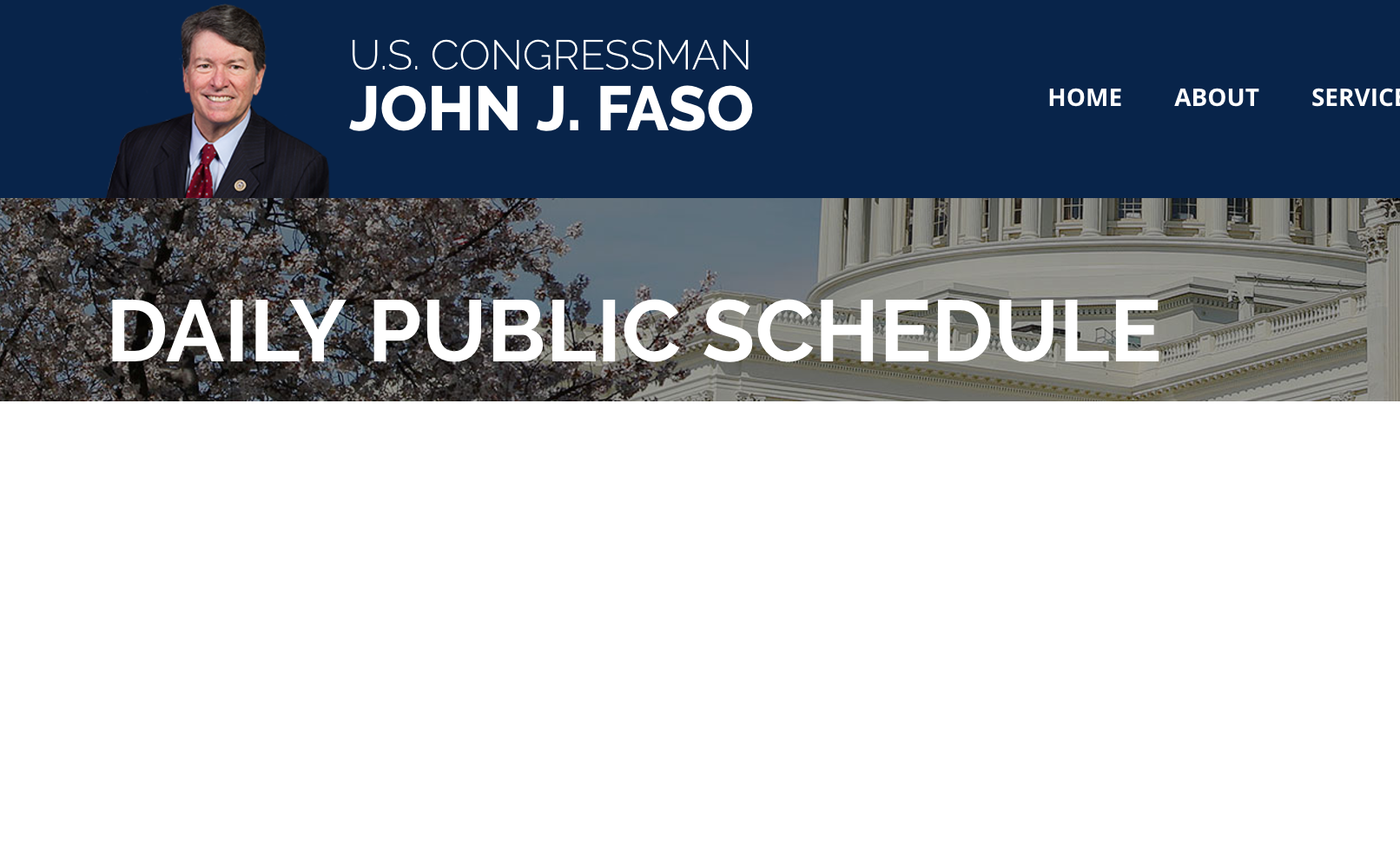 Congress is on a spring break but Rep. John Faso (R-Kinderhook) still is not holding traditional town meetings or even announcing where he is going. Fri. Apr 21 he does have an event, though it costs money to get in. Anyone willing to spend $1,574.49 can sit at a VIP table with Faso, Sheriff Butch Anderson and State Senator Terrence Murphy at O'Connor's Public House Pawling at 6 Broad St. in Pawling at 6:30 p.m. April 21.

Paul Kirby reported in the Daily Freeman U.S. Rep. John Faso will conduct a livestream interview Wed., Apr. 19, with that paper's staff, beginning at 9 a.m. Questions for the first-term Republican can be sent in advance to P Kirby [at] Freeman online [dot] com, or via the livestream link at www [dot] Daily Freeman [dot] com during the hourlong interview. Faso is advocating policies to increase opportunity for families and supports reforms to boost the economy and improve the quality of life for New Yorkers, according to his website. Faso says he has championed ideas to combat the heroin epidemic, treat Lyme disease and increase health-insurance coverage options for patients and small businesses. He has been appointed to the House Budget, Transportation and Infrastructure, and Agriculture committees. As a member of the budget committee, he was among those who voted “yes” to advance the troubled Republican health care bill. Faso has run afoul of many 19th Congressional District constituents for failing to hold traditional, in-person town hall meetings since he joined Congress in January. He also refuses to publish his schedule online, as his predecessor Chris Gibson did.