Radio Action III is a special program for Radio We... 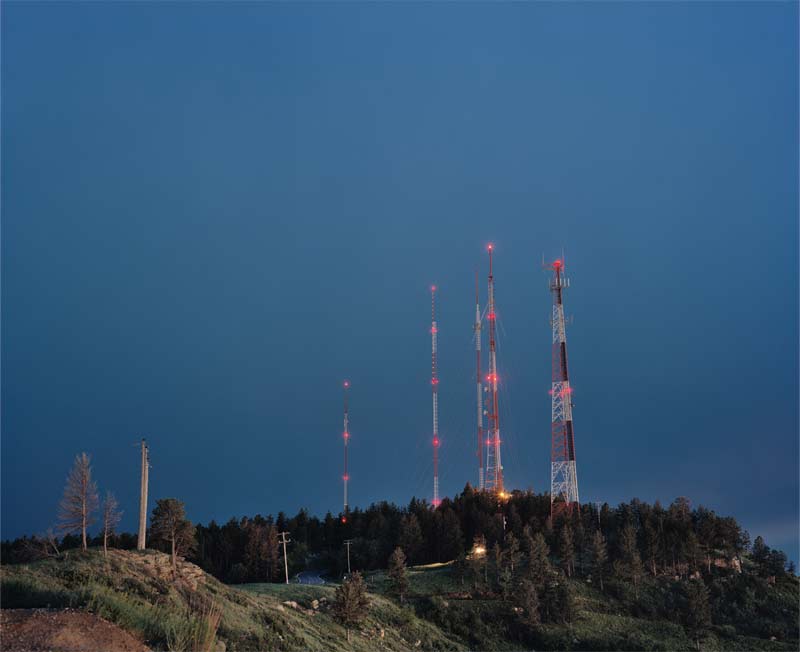 Radio Action III features five-minute sounds works conceptually tied to 'Radio' as instrument or theme, composed by free103point9 Transmission Artists working in collaborative teams. This Dispatch Series Release was produced as a special program for Radio Web MACBA, a radio-phonic project on the MACBA (Museu d'Art Contemporani de Barcelona) website that explores the possibilities of the internet and radio as spaces of synthesis and exhibition.

31 Down & Matt Bua comment on the consumer market’s hunger for all that is wireless. Damian Catera explores FM spectrum broadcast content as a symbol of social decline. Alexis Bhagat & Sophea Lerner utilize the transmission spectrum as a networked space for communication. Melissa Dubbin and Aaron S. Davidson as well as neuroTransmitter stage reenactments and or use archival recordings in homage to historical radio experiments and actions. The Dust Dive & Latitude/Longitude infuse their musical practice with “celestial forces.” Joshua Fried & Todd Merrell, Tom Roe & Scanner, as well as LoVid & Michelle Rosenberg with Howard Huang employ the electromagnetic spectrum (signal and interference) as their sonic palette. Anna Friz & Tianna Kennedy consider conceptual and poetic radio space. Michelle Nagai with Kenta Nagai as well as radio_ruido & ben owen explore transmission and reception as a means to map an interior space.

1. PARTY COVE, The Dust Dive & Latitude/Longitude
Write the artists, “This song was inspired by radio in outdoor recreational and social settings, including tailgate parties, the roving CB radio scene in the 1980s and early 1990s on Santa Fe St. in Olathe, Kansas (a popular main drag on the southern Kansas City suburbs), and camping out at the American amateur-radio Field Day marathon. We also use radio as a way to activate musical compositions with atmospheric forces, sonic wilderness, and the curious power of oral storytelling. The amateur-radio samples on this song were captured with a 1960 Drake 2-B radio. Additional singing and whistling by Bryan Zimmerman was sent through an FM transmitter.”

3. Ring in the New, LoVid & Michelle Rosenberg, in collaboration with Howard Huang.
Write the artists, “This recording captures interference from signals produced by cell phones operating on GSM networks. Whenever the phone is about to send or receive calls or text messages, it sends a series of signals to the nearest cell phone tower, causing interference that can be picked up by a nearby speaker or hearing aid. Phones that use other networks operate with different transmission technologies, which don't have this interference problem.”

5. deComposition USA, Damian Catera
Writes Catera: “An Improvisation for three live radios and algorithmic processing.
What do the airwaves tell us about decline?
Bread, circuses, ideological purification, fundamentalism?
It all seems strangely familiar......
The dance of denial.”

6. Pistol Shrimp, Joshua Fried & Todd Merrell
Pistol Shrimp is a collaborative work for processed radio. In keeping with their current practice, Fried works primarily with the rhythmic possibilities of deconstructed commercial radio, and Merrell with ambient drone transformations of shortwave, although in the past Fried has worked with drones, and Merrell with rhythms. While this is a recorded work and therefore fixed, both artists started from a live radio source. Fried cuts sharp-edged holes into the semi-discontinuous stream; Merrell fills every microscopic pore, yet both obliterate any intended sense of the original and open up the source to new interpretation. For this work, Merrell further deconstructed a 35-minute live radio performance by Fried, selected potent moments, and realigned and superimposed Fried's rhythms and motifs. Merrell then recorded live shortwave manipulations, processed them, and placed them strategically to add depth charges, sonar blasts, and ambient rhythms to the original. Pistol Shrimp is named after a sea creature that has one claw that is so large and powerful, and that clasps with such force, that its snapping sound exceeds 100 decibels (re 1 μPa at 1 m) and can kill small fish at a distance. A scene of snappy activity permeated by tidal flow, Pistol Shrimp is a homage to an imagined party of these noisy little underwater beings.

7. Chronicle, neuroTransmitter
Write the artists, “The audio composition is a mix of archival materials culled from early Radio Caroline broadcasts, focusing on the ambience of the broadcasts with references to its materiality -- the boat, the weather, the sea -- as well as the interstitial vocal moments, which measure time, space, and geography. The mix also includes sound recordings of a voyage we took out into international waters off the coast of Long Island, NY.”

8. When radios sleep what dreams may come, Anna Friz & Tianna Kennedy
Write the artists, “Radio measures the day in news, weather, sports, and traffic reports, but radio also proposes the night: the impersonal intimacy of a voice from the radio, in an ear, in the dark; a gradual awareness of other ears and barely audible voices, sharing darkness; a radiophonic night that is not easily quantified. What then, when radios go off the air, are themselves set on snooze? They fall uneasily to sleep, into heterodyne dreams; their Theremin thoughts accompanied by horns, cello, and other nocturnal transmissions.”

9. Sleep Radio, Michelle Nagai, in collaboration with Kenta Nagai.
Write the artists, “Sleep Radio is a live transmission from our apartment, to ourselves. we are working at opposite ends of the house. Baby is asleep in the middle, and life is happening outside. A listening exercise in simultaneity takes shape around two sets of parallel soundscapes - those mediated by electrified ether and transmitted to each of us through the radio, and those transmitted as vibration, straight from the source to our ears.”

10. You Love Me Truly, Melissa Dubbin & Aaron S. Davidson
Write the artists, “You Love Me Truly is based on what is believed to be the first radio performance. In 1907, opera singer Eugenia Farrar Von Boos sang I Love You Truly into Lee de Forest’s radio transmitter. The singing was heard by radio operators aboard the USS Dolphin docked in the Brooklyn Navy Yard, who by some accounts were caught off guard by the song during transmission tests to the ship’s radiotelephone. In 2008 we staged a performance and FM transmission of George Positive performing I Love You Truly from our studio in the Brooklyn Navy Yard, a response 101 years later to Farrar Von Boos’ radio broadcast. This recording includes the sounds of the Brooklyn Navy Yard during the performance and broadcast.”

11. Wireless Electric Chair, 31 Down & Matt Bua
Concept and lyrics by 31 Down and Matt Bua. Music by David Fox.
Write the artists, “In 1926, Hidetsugu Yagi (co-developer of the directional Yagi-Uda Antenna) began experiments in wireless energy transfer. Now, over eighty years later, we've begun to master this concept thanks to developers like Marin Soljacic of the Massachusetts Institute of Technology. Where will this breakthrough lead us? What, in our wireless-dependent society, is the next device that consumers desire? Of course, it's the wireless electric chair!”

12. .00011574 Hz, Alexis Bhagat & Sophea Lerner
Write the artists, “3:31 AM a 24-hour time lapse recording
1:01 PM translocal roofscape: sample rate = 2 per hour
3:33 AM where: UTC -4hrs
1:03 PM where: UTC +5:30hrs
3:33 AM where: the roof of 4-story brownstone building in clinton hill, brooklyn, new york, with condominiums rising up on two sides
1:04 PM where: 2nd story barsarti in defense colony, south delhi
3:37 AM how: large-diaphragm condenser mic, suspended within a zeppelin, fixed with gaffer tape to a chimney, long xlr cable snaking in through an open window, plugged into
1:08 PM how: handmade mixing bowl mic lodged outside window and plugged into a small computer
3:38 AM how: cd recorder, manually activated, every 30 minutes
1:08 PM how: set to capture a few seconds every 30 minutes for 24 hours
1:09 PM why: to explore ideas about actual and imagined simultaneity in transmission networks and the translocal networked exchange between two very different cities and the respective soundtracks of their changing skylines
1:10 PM same time different place...different time”