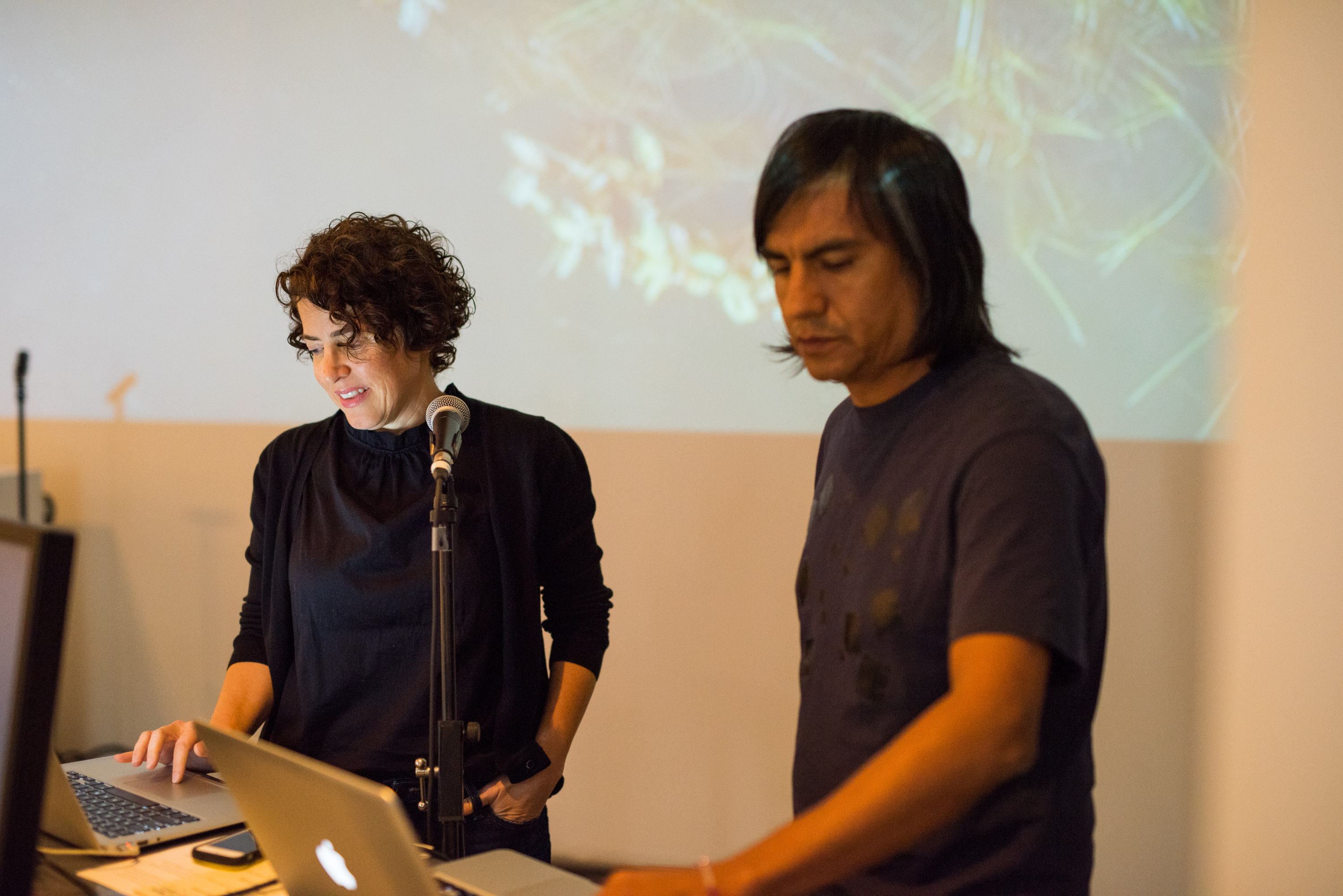 Angel Nevarez and Valerie Tevere are multidisciplinary artists whose projects and research investigate contemporary music and sound, the electromagnetic spectrum, dissent, and public fora. Their interests lie in the formation of itinerant, performative, and discursive-based social spaces with works that move between the spatial simultaneity of performance and enunciation, reflecting upon political agency through lyrics, audio, and transmission.

Nevarez and Tevere have been working together since 2001 (from 2001-2008 as neuroTransmitter). Their practice and research span well over a decade of projects, performances, and art world experiences created together, and in project-based collaborations with musicians, radio practitioners, and city agencies. It is from their distinct subject positions that enrich their trans-media and conceptually driven practice. Their collaboration pushes against conventional notions of artistic production, where instead dialogue is foregrounded in works that would not exist without the input of both artists.

Nevarez is an artist, musician, and Faculty in the MFA Fine Arts Program at SVA, NY.

Tevere is an artist and Professor of Media Culture at the City University of New York / College of Staten Island.