Traffic Saxx (ON THE 1s)

With Traffic Saxx (ON THE 1s), Quintron continues...

Weather For The Blind

Quintron made the trip to Wave Farm from New Orlea...

Joe McPhee and Matt Mottel perform during a live b...

Quintron is live in the WGXC Acra Studio playing h...

Quintron discusses his "Weather Warlock" synthesizer he'll use to harness the weather Sept. 19 at the Olana State Historic Site into his performance.: Sep 05, 2015

Quintron is live in the WGXC Acra Studio playing h... 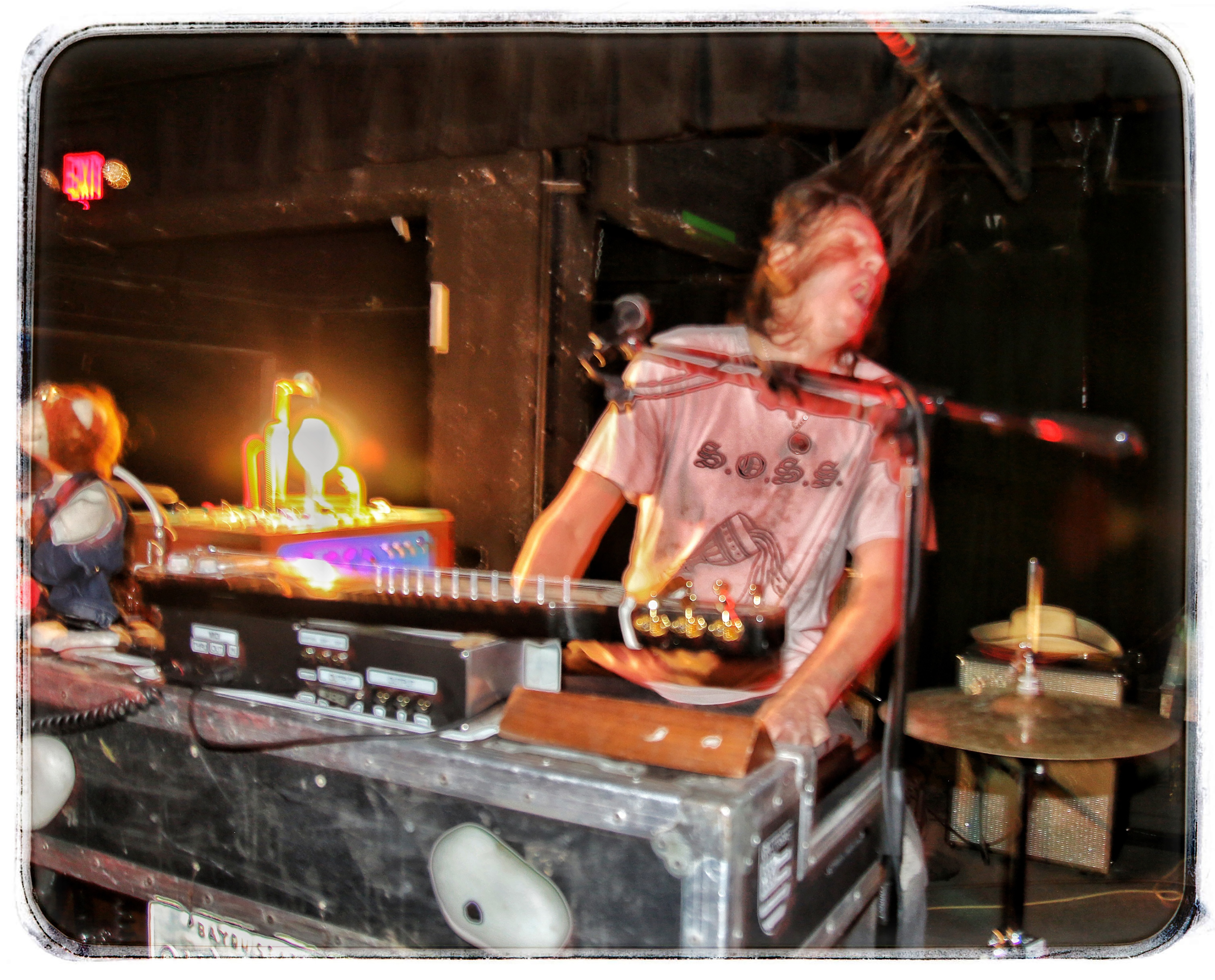 Quintron has been inventing electronic gadgets and creating genre-defying noise, soundscape, and house rocking dance music in New Orleans for over 20 years, much of it in collaboration with artist / puppeteer Panacea Theriac aka "Miss Pussycat". He is a Grammy-nominated song writer with dozens of full-length albums, as well as a frequent collaborator with a wide swath of the American musical landscape, including The Oblivians, Steve Riley and the Mamou Playboys, and New Orleans RnB legend Ernie K-Doe.

In 1999, Quintron helped to foster a DIY analog synth revival with a patented instrument called the DRUM BUDDY, a light activated analog drum machine which creates murky, low-fidelity, rhythmic patterns. These experiments eventually led to Quintron's focus on a weather-controlled drone synthesizer called Weather Warlock and a website devoted to streaming its music called Weather For The Blind.

During the Covid pandemic, Quintron has shifted focus to a couple of smaller inventions, including a simple, water-conservation device called the “Bath Buddy”.

Quintron continues to live and work in New Orleans Louisiana as well as touring, teaching, and lecturing in this world and beyond.