Wave Farm artists-in-residence are live during the...

Wave Farm artists-in-residence are live on the WGX... 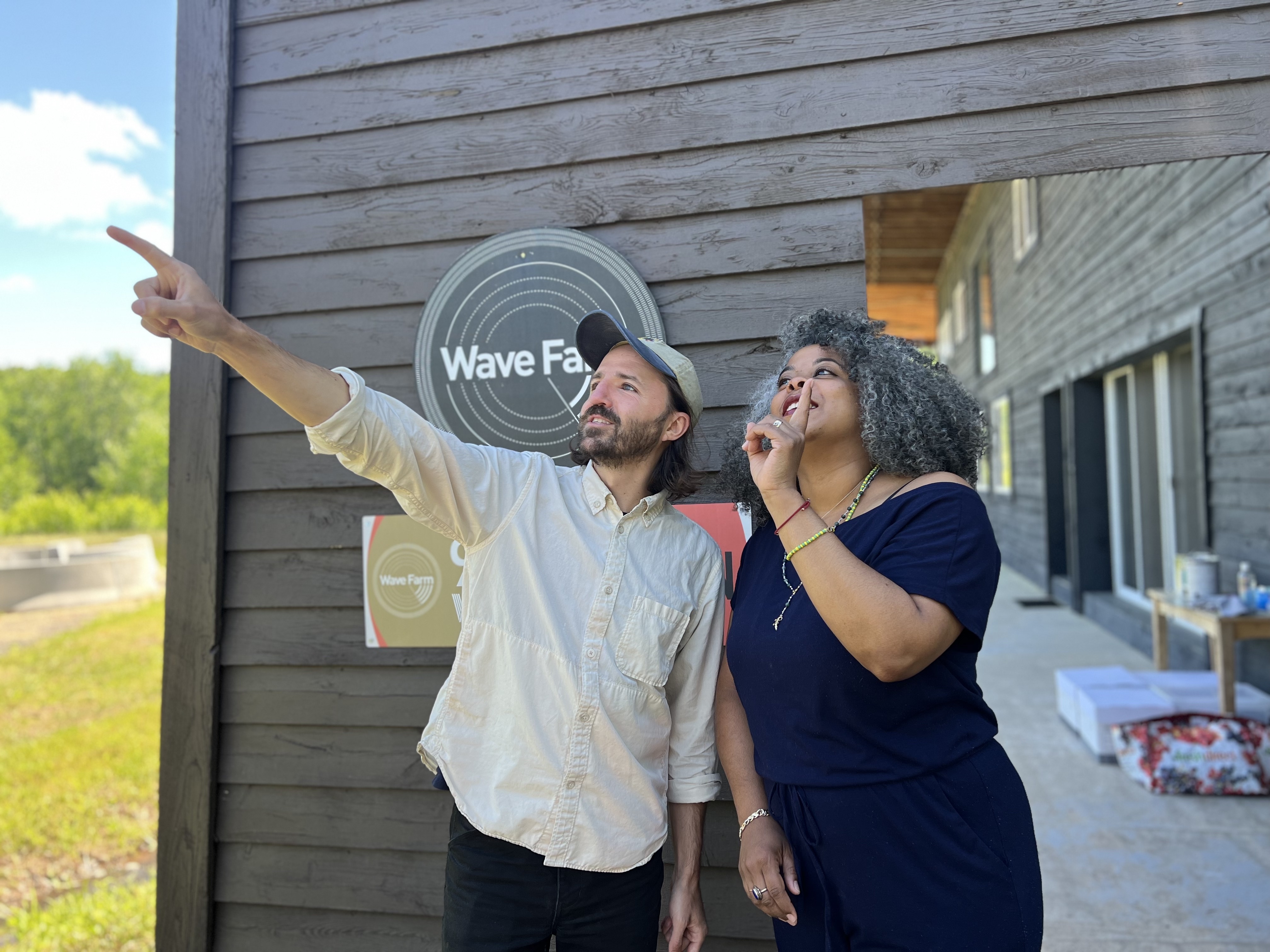 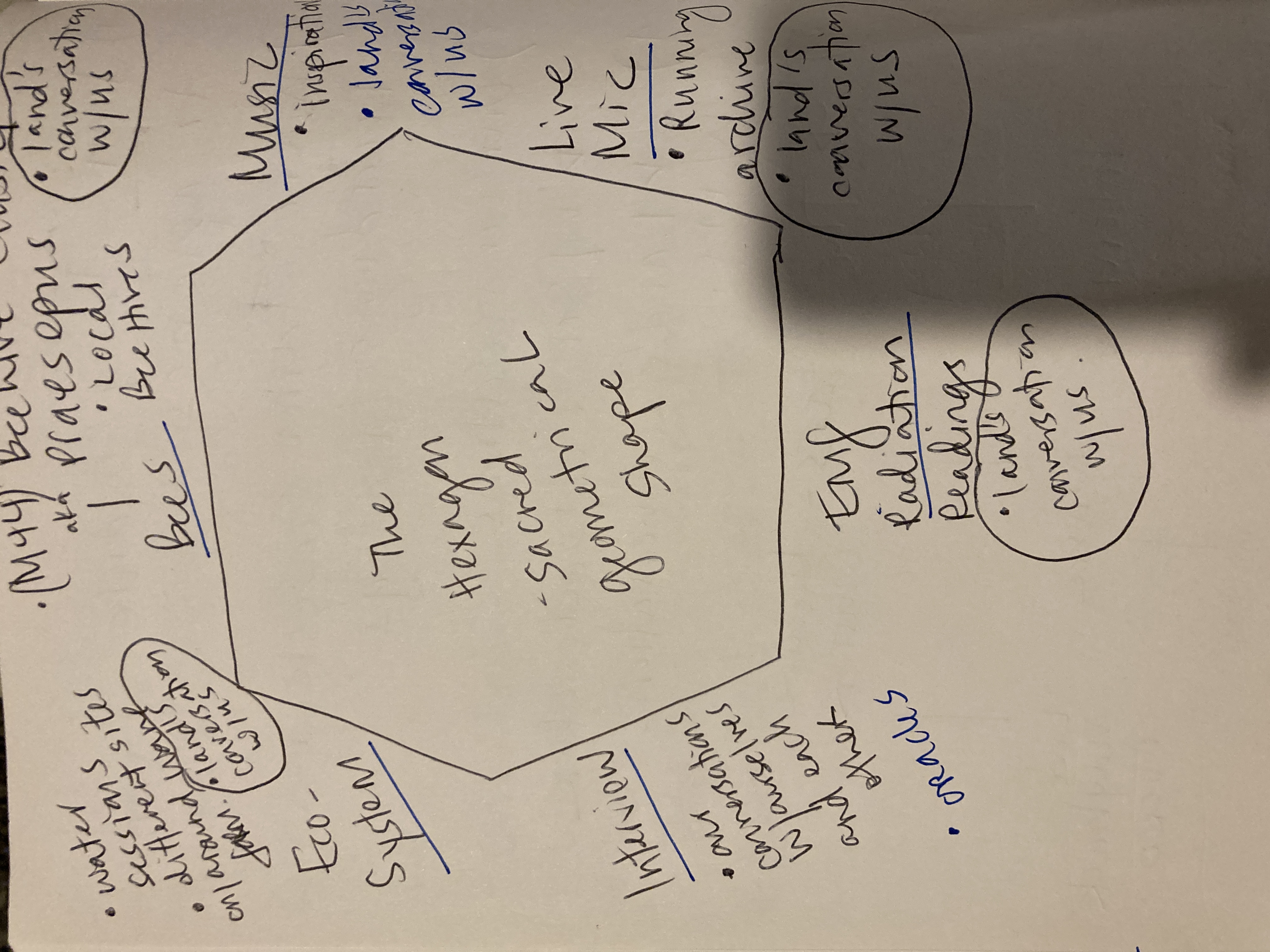 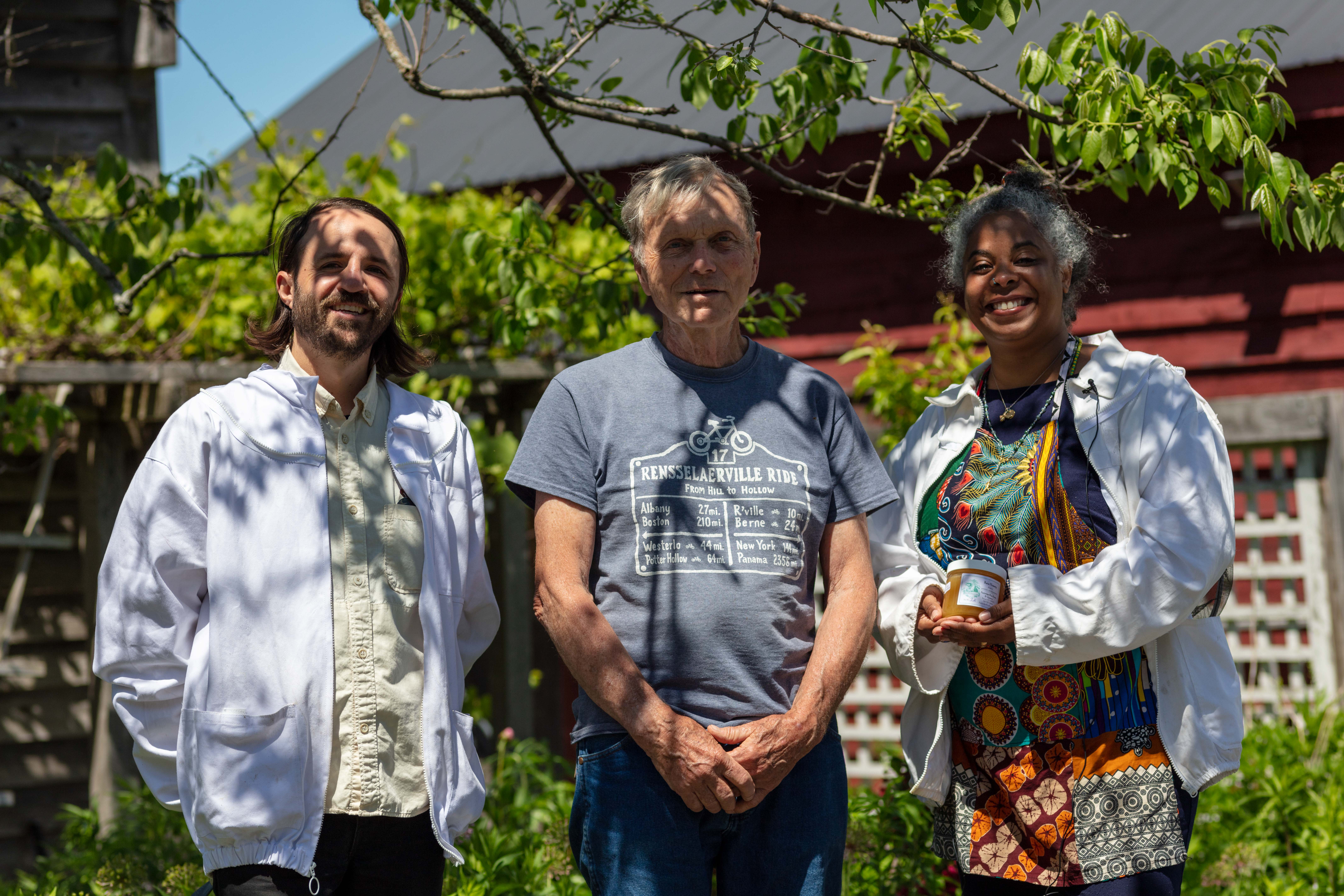 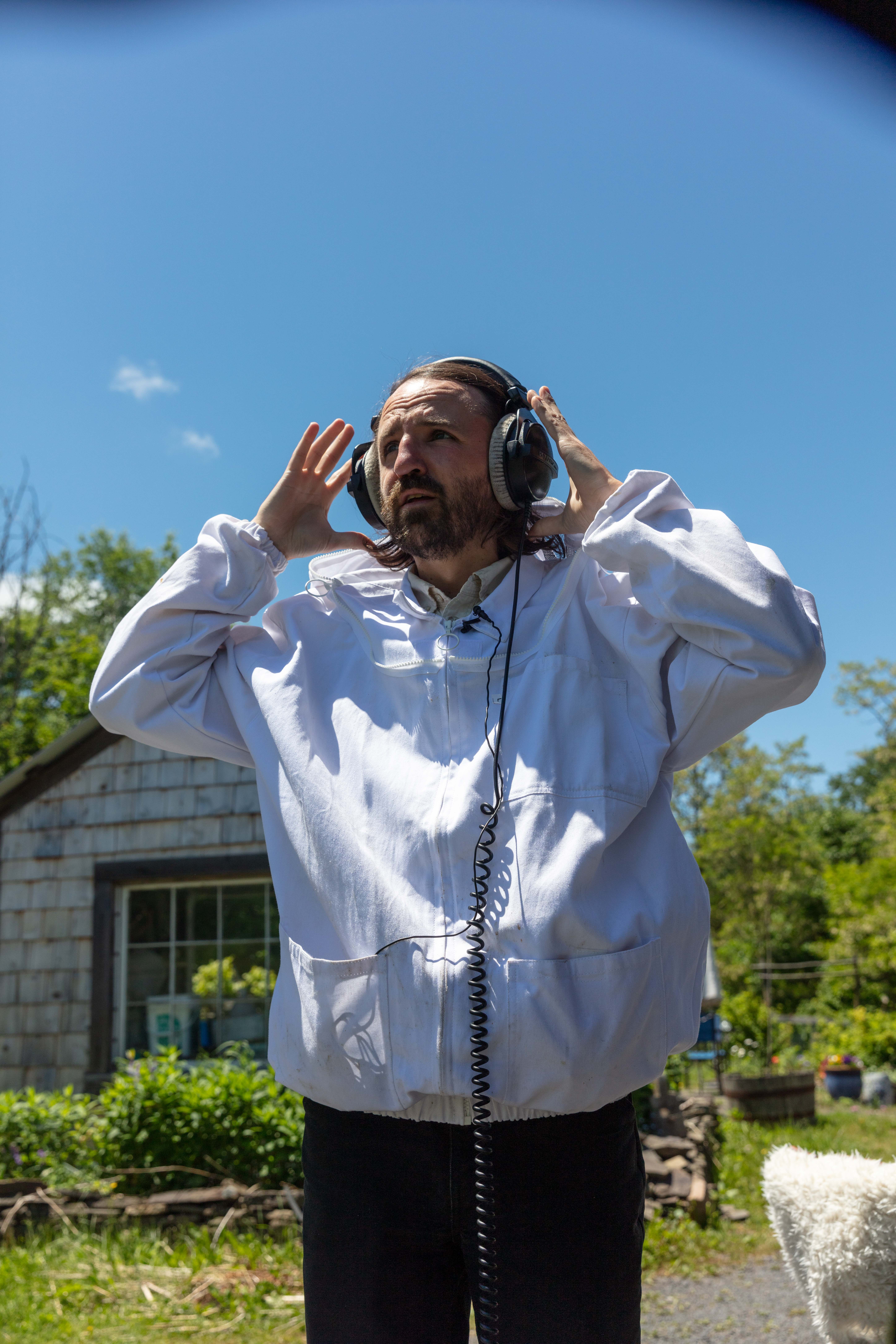 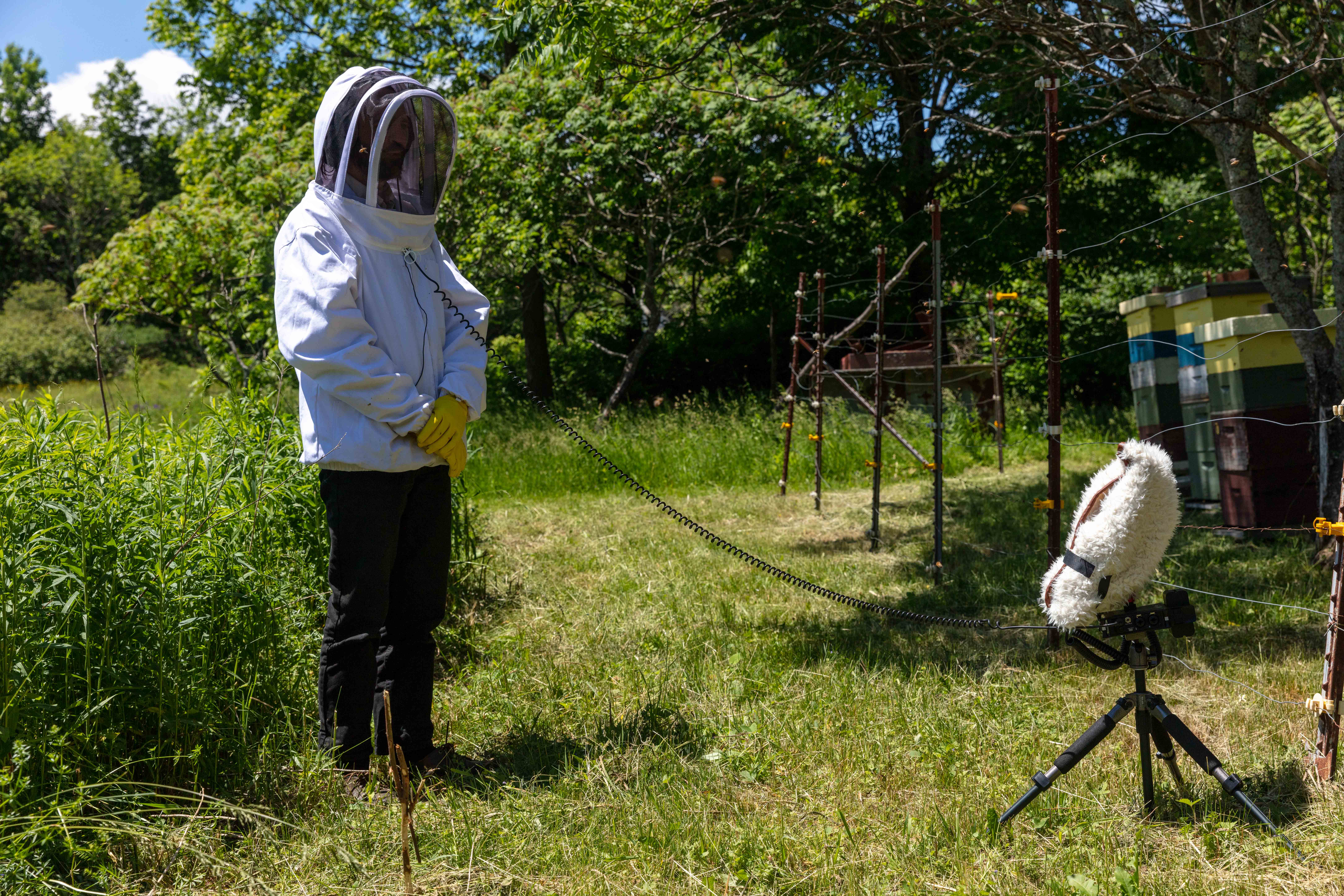 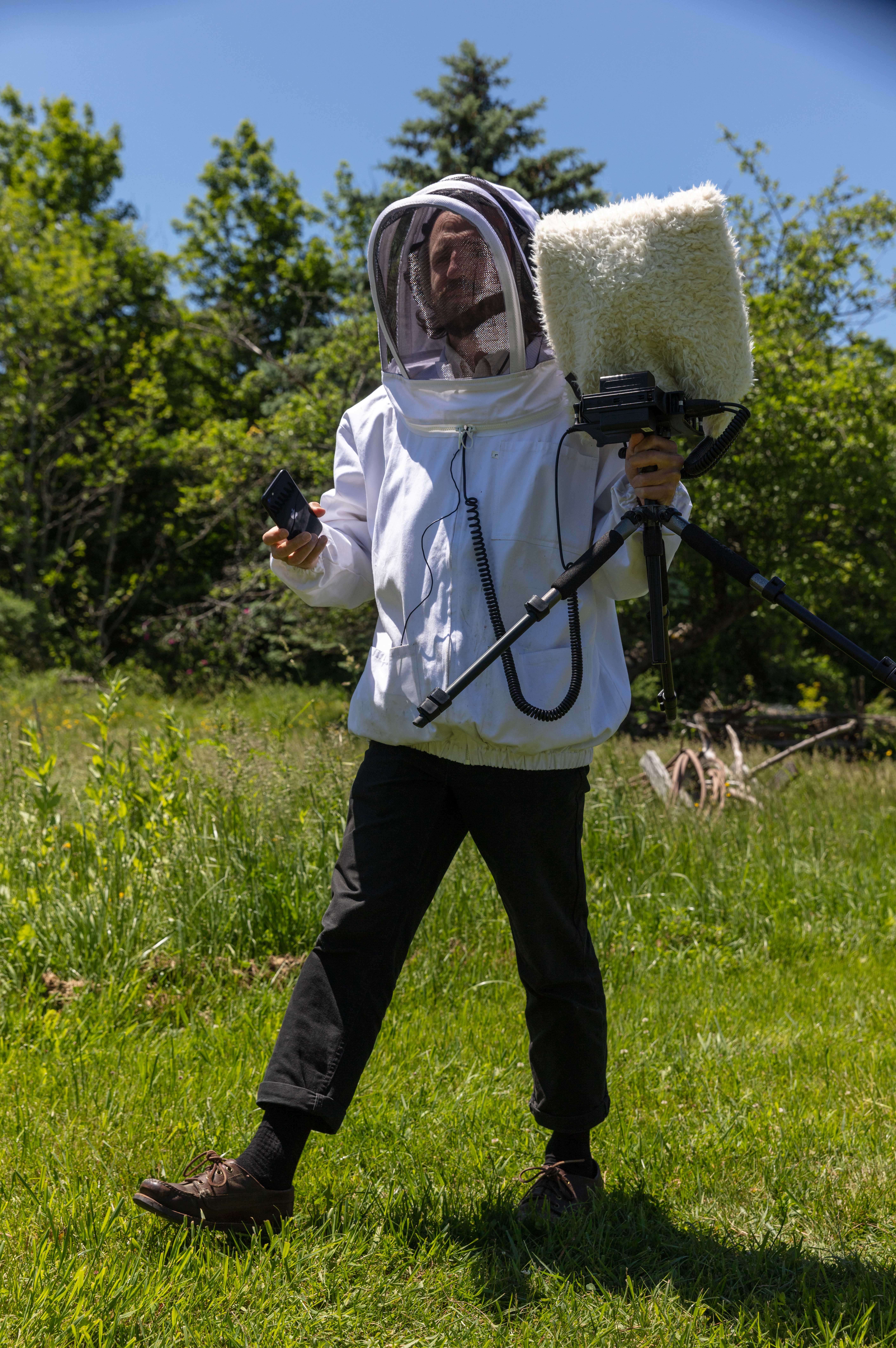 Inspired by data that links radiation emissions from cell towers and 5G technology to the spectrum of biological and behavioral side effects experienced by honeybees, Honeybees & EMF Radiation: Intraspecific Transmissions Beyond The Hive is informed by processes of converting EMF radiation into sound waves. At Wave Farm, Mwalimu-Banks and Cutler will capture radiation waves from local bee hives using a number of electronic measurement devices and transmute these libraries of sound into broadcast material for collaborative sound installations. The work seeks to create opportunities for education on the impact of EMF radiation within the Upper Hudson Valley landscape, while reflecting on how the bodies and complex communication systems of honeybees mirror our own. Through a series of daily field recordings, Mwalimu-Banks and Cutler will explore practices of deep listening, to both the activity of honeybees inside the hive, and the reverberation of sound transmissions within the ecology of their field of resonance. Listening to the fluctuations in vibroacoustics caused by EMF radiation, may offer insight into the consequences of living in an increasingly 5G-centered world. By generating this archive of materials, Mwalimu-Banks and Cutler aim to create psychic maps for interactive dialogue with honeybees and their transmissions on sovereignty, accountability, community, and sustainability.

Desiree Mwalimu-Banks is a Zambian-born, East-Coast raised, artist, writer, curator, educator, diviner, and mother, whose work explores somatic relationships between indigenous identity, water ecologies, apiary culture, and the ecstatic, within the framework of the sacred feminine and the African diaspora. Mwalimu-Banks pursues the electrical synapses that link human cosmic origins to constellations of blackness, by excavating cultural memory as artifact. She creates sound and video installations which reimagine the frequencies and landscapes of the archetypal feminine and its relationship to self-actualization. Mwalimu-Banks has partnered with individuals and communities in re-visioning embodied collaborations with the natural world including Movement Research, Stanford University, Naropa University, CUNY, the Manhattanville Purchase College Interfaith Studies Department, and The Caribbean Cultural Center. Her works can be seen in digital and print-based publications, including Heart & Soul, Sensheant, and teenvogue.com. Her article: “Nectar of the Divine Feminine: The Ancient Bee Mothers of the Anahata Chakra” was included in Olive Whiteman's recent anthology publication, Harmony In Chakras. desireemwalimubankscosmitransmissions.com

Composer and sound-artist Grant Cutler works toward the creation of an erotics-of-listening through an interdisciplinary exploration of acoustic phenomenon. Based in Brooklyn, New York Cutler creates music and sound for a variety of installations, films, and performances. His work has been featured by the Guggenheim’s CPA commission series, the Baryshnikov Art Center, The Walker Art Center, NPR, Pitchfork, BBC, and many others. His award-winning scores have been exhibited at film festivals world-wide including Tribeca, Ashland Independent, and Paris International. Cutler’s interest in the phenomenology of sound continues to drive his creative pursuits while his field-recording practice feeds a profoundly personal relationship to listening. grantcutler.com