For close to a decade, Amanda Dawn Christie has be... 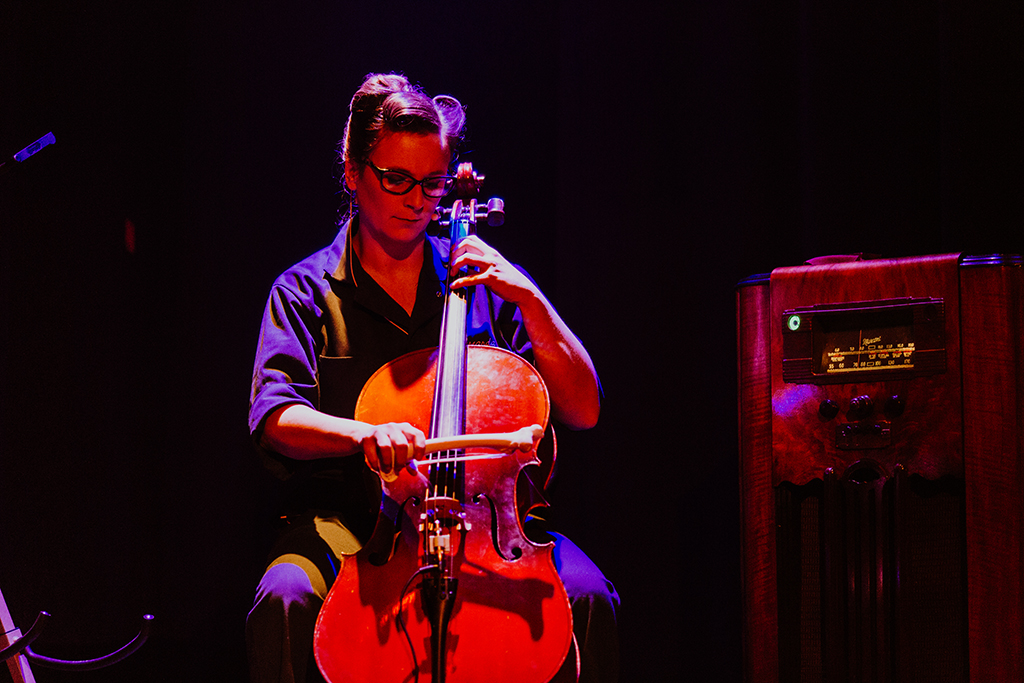 For close to a decade, Amanda Dawn Christie has been working on a series of projects related to the Radio Canada International (RCI) shortwave transmission site. Built during WWII, and operational for 70 years, RCI was situated in rural New Brunswick; it was the only site of its kind in Canada, and one of the most important in the world. RCI was demolished in 2014, and Christie’s work with this material is still ongoing. "Radio Cowers" is an extension of Amanda Dawn Christie's expansive and multifaceted "Requiem for Radio" project, which documents and responds to the dismantling of the Radio Canada International (RCI) transmission site and towers. In "Radio Cowers," circuitry for a homemade AM transmitter is sewn into cowhide gloves worn by the artist who plays the cello with a bow constructed of cow bone (sourced from a herd that lived near the towers) and horsehair. A contact microphone inserted into the resonate body of the cello is routed into the wearable transmitter and its signals are received by a radio positioned near the artist. "Radio Cowers" is a humorous take on the fraught relationship between technology and nature. Christie's instrument is inspired by the cow pastures surrounding the RCI radio towers as well as the dairy farms that had to be relocated because of the proximity of RCI's high voltage emissions.

Amanda Dawn Christie is an interdisciplinary artist working in film, video, performance, photography, installation, sound, and transmission. Her work not only spans across these mediums but also brings them together in ways that blur the boundaries of where one discipline ends and the next begins. She has exhibited and performed in art galleries across Canada, and her films have screened internationally from Cannes to South Korea to San Francisco and beyond. She currently works as an assistant professor of video, performance, and electronics at Concordia University, in Montreal, Quebec. Her current projects look at the relationship between the human body and analogue technology in a digital age, and incorporate basic electronic circuitry and shortwave radio into installations and performance.