On Saturdays free103point9 Online Radio airs on WGXC 90.7-FM, bringing transmission arts to the airwaves in the Hudson Valley, in New York. Tune in Sat., May 25 to hear: FDR on the radio. From Wikipedia.[/caption]7 a.m. – 8 a.m.: "Saturday Morning Serial: Wartime Broadcasts"
Listen to Franklin Delano Roosevelt declare war on Japan after Pearl Harbor, Dwight Eisenhower warn of the "military-industrial complex," and a bit of George W. Bush's "Mission Accomplished" speech, and more on a Memorial Day edition of "Saturday Morning Serial." With John Kennedy's speech about the Cuban Missile Crisis, and Lyndon Johnson on Vietnam, and Richard Nixon on Cambodia. Also included are Ghandi's "Soldier of Peace" speech, and Albert Einstein speaking about nuclear weapons after WWII. And there's music including, "When Johnny Comes Marching Home" by Matthew Shipp with William Parker, "Over There" by George M. Cohan, "Der Fuerher's Face" by Spike Jones, "The Ballad of the Green Berets" by Sgt. Barry Sadler, and "Born in the U.S.A." by Bruce Springsteen.

8 a.m. – 10 a.m.: "Open Air: Memorial Day Weekend"
"Please Assist Us With Transmission." Anyone can contribute to the show in many ways on "Open Air." This is a live transmission art show about local transmissions from the Catskill Community Center. You make up the show with stories, phone calls, messages, requests, further information, and more. Please help be a part of the show. Stop by the Catskill Community Center in person. Call in at 518-291-WGXC. Tweet requests @WGXC. Skype calls at WGXCfm. Talk on Channel 6 on CB radio, we are tuning in. Features include solar weather, shortwave news, and more. Call 518-219-WGXC or Skype calls at WGXCfm to talk on the air. For Memorial Day, Jill Sutton and Harry Matthews host.

10 a.m. – 10:30 a.m.: "Radia: SAKRA!2013"
From Radio Helsinki, "SAKRA!2013," found itself on an acoustic search at St. Andrä Church in Graz/Austria on 1/3/13. The installative composition by Marufura Fufunjiru, Johannes Raggam, Christian F. Schiller, and Nikos Zachariadis was sent via numerous FM transmitters to different radios spread across the church, which led to individual tonal responses. An abstract and concentrated examination of the subject luck/bad luck. http://in-dust.org/SAKRA!2013.html 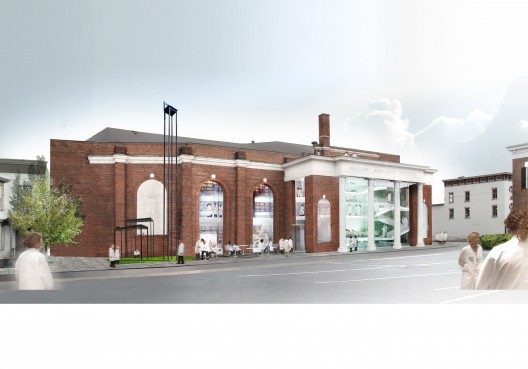 2 p.m. – 3 p.m.: "Radius Sketchpad: J. Soliday"
Sketchpad is an ongoing monthly radio program produced for free103point9. free103point9 is a nonprofit arts organization based in New York State that defines and cultivates the genre of Transmission Art by promoting artists who make work with, for, and about the electromagnetic spectrum. The Sketchpad program features a re-broadcast of previous Radius episodes. Each episode is followed by a playlist of works selected by that episode’s artist. The series seeks to highlight the peripheral work that influences the research and production of the episode. This month: J. Soliday. Laura Hadden and Tennessee Watson speak to residents of Greene and Columbia counties about wages and labor.[/caption]4 p.m. – 6 p.m.: "Saturday Afternoon Show: Wage/Working Update"
Laura Hadden and Tennessee Watson are at Wave Farm this spring as the 2013 season’s first Artists-in-Residence. Hadden and Watson’s project Wage/Working addresses the issues of income inequality and the concept of wage through a time-based transmission installation and a radio broadcast series on free103point9’s WGXC 90.7-FM. During their time in Greene County, these two accomplished radio producers and artists will be collecting stories and interviews with workers in Greene and Columbia counties regarding their jobs and their relationship to their work. This full two-hour show features many interviews with local residents about their jobs, wages, and labor.


6 p.m. – 7 p.m.: "President Obama on Radio-Controlled Drones"
There is no edition of "PiratesWeek" for Memorial Day. Instead, after the Weekly Presidential Radio Address, President Obama speaks on Counterterrorism and U.S. Foreign Policy, and radio-controlled drones. Pres. Obama speaks at the National Defense University on the Administration's counter terrorism policy. In his speech, he discusses broad counter-terrorism efforts, including U.S. military, diplomatic, intelligence and legal efforts. From Thu., May 23, 2013.

7 p.m. – 8 p.m.: "What's the Frequency, Kenneth?: IRS"
Paul Fischer hosts weekly news mash-up show with music and soundbites. This week: "Two former heads of the IRS take the route of least disclosure in testifying before a Senate panel...At another Senate hearing, Treasury Secretary Lew takes exception to having his and President Obama's "outrage" characterized as "laughable...the head of the IRS tax exemption department denies doing anything wrong and takes the Fifth Amendment..The White House says President Obama was kept out of the loop to avoid any appearance of coverup...and finally, at least one Senator wonders aloud why the IRS grants tax exemptions at all to groups that secretly spend hundreds of millions dollars in partisan, political pursuits." Via Pacifica Radio.