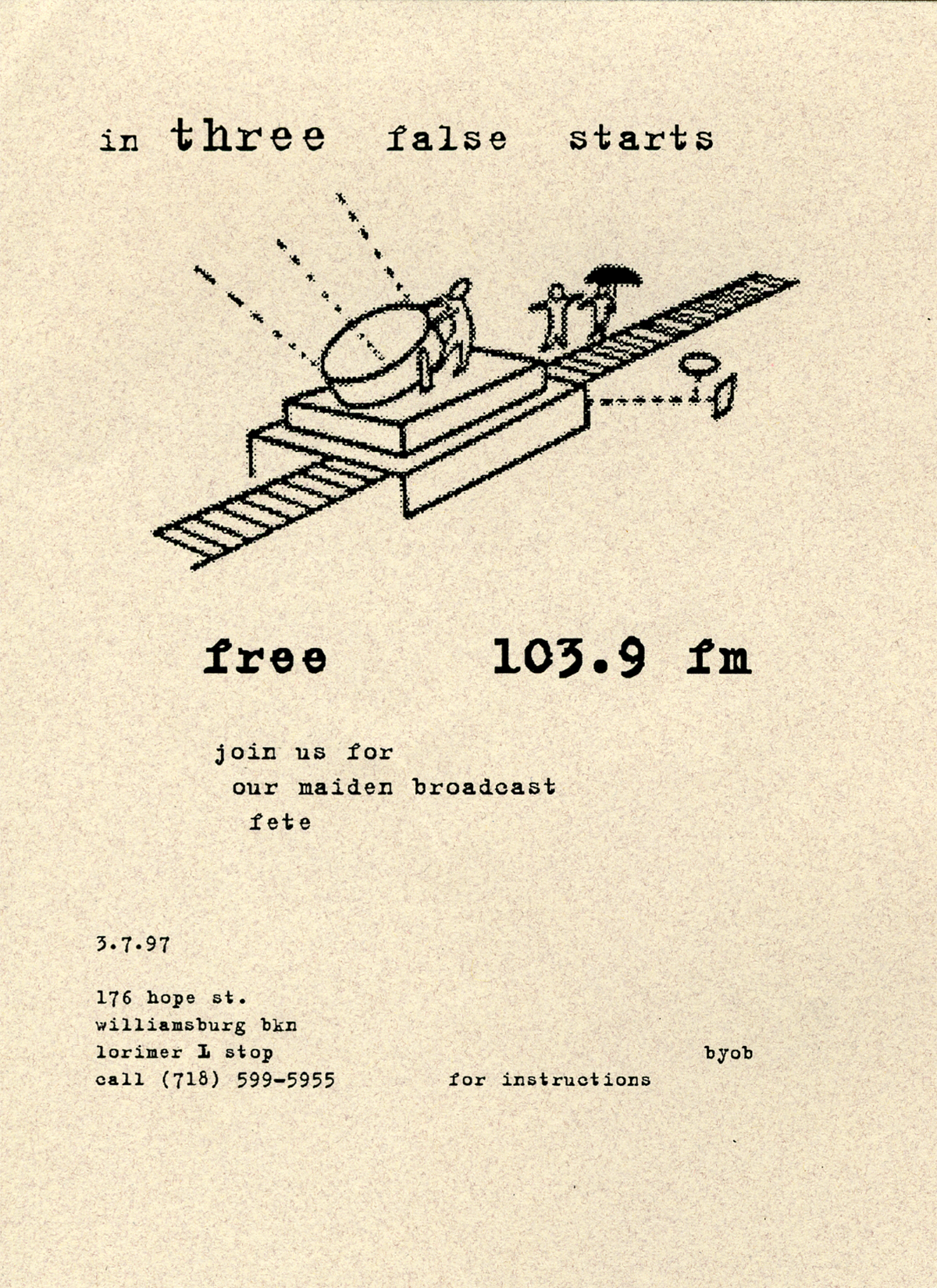 Violet Hopkins, with Greg Anderson and Tom Roe, founded free103point9 as a microradio collective in 1997. Today she lives and works in Los Angeles. Hopkins holds a BFA from the University of Texas at Austin, and an MFA from the California Institute of the Arts, Valencia.

Hopkins has been featured in Artforum, The Los Angeles Times, The New York Times, Artweek, Review, and V Magazine. Her paintings are represented, in New York, by Foxy Production.
http://www.foxyproduction.com/artist/view/14
Tweets by free103point9